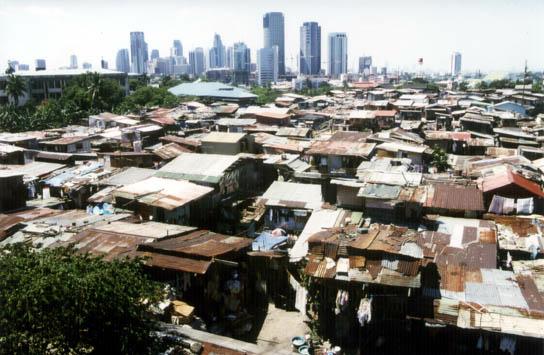 The latest census numbers are in and one thing is for certain: Americans have had enough of urban liberalism. Almost every area of the country where people are fleeing in record numbers, according to the data, has been under Democratic Party rule for many decades. Meanwhile, the places seeing the most growth are, in many cases, enclaves of conservatism with low crime and booming economies.

The three cities with the largest numbers of people leaving, reports the U.S. Census Bureau, include Chicago, Detroit, and Baltimore — all cities with high rates of poverty and crime, and increasingly fewer economic opportunities. The Cook County region of Chicago tops the census list as having the greatest population losses for the most recent years calculated, showing a net domestic migration away from the city of 66,244 people between July 1, 2015, and July 1, 2016.

Even though it continues to see an influx of immigrants from foreign countries, Cook County is losing its native population by the tens of thousands every year. And Cook County just so happens to include the bulk of the city of Chicago proper, which in 2016 saw a murder rate of 762 people. As far as population losses, Wayne County, Michigan came in second with a net loss of 17,346 people between 2015 and 2016, while the city of Baltimore, Maryland came in third with a net loss of 11,008 people.

“During the year, births outnumbered deaths in Cook County by 68,049 to 42,297, and 18,434 people moved into the county from foreign nations,” reports CNSNews.com. “But at the same time, 66,244 residents left Cook County for other places in the United States.”

So where are all these people moving? South and west, apparently. The same census data shows that the Phoenix area of Arizona is currently the number-one destination for people to move, with Maricopa County having seen a domestic migration increase of 43,189 people between 2015 and 2016. Maricopa County overtook the previous contender, Harris County, Texas, which includes the city of Houston.

“Maricopa County, Ariz., replaced Harris County, Texas, as the county with the nation’s highest annual population growth, according to U.S. Census Bureau population estimates released today,” a statement by the Census Bureau reads. “Harris County was the largest numeric gainer for eight years in a row.”

Besides the nice weather and conservative-to-moderate political climate, Maricopa County is a region of high economic growth that is appealing to folks both in the north and in the west — including in “high rent district” places like California. Cities like Phoenix that are newer than most and much more affordable than similarly-suited regions like Southern California continue to draw in folks who hope for a better quality of life.

Las Vegas is another major contender in the net growth arena, coming in third on the list. And while more expensive and not necessarily conservative as a whole, Seattle is another highly desirable area due to its natural beauty and strong economy, bringing it to fourth place on the list of U.S. counties seeing the highest population growth increases.

Other areas of major growth throughout the U.S. include Tarrant County, Texas (Fort Worth), Riverside County, California, Bexar County, Texas (San Antonio-New Braunfels), Orange County, Florida (Orlando), Dallas County, Texas, and Hillsborough County, Florida (Tampa). The fastest-growing metropolitan areas, according to census data, included The Villages areas to the west of Orlando, Florida, with a 4.3 percent population growth between 2015 and 2016, and the Myrtle Beach-Conway-North Myrtle Beach area of South Carolina, with a 3.9 percent population growth rate during the same time period.