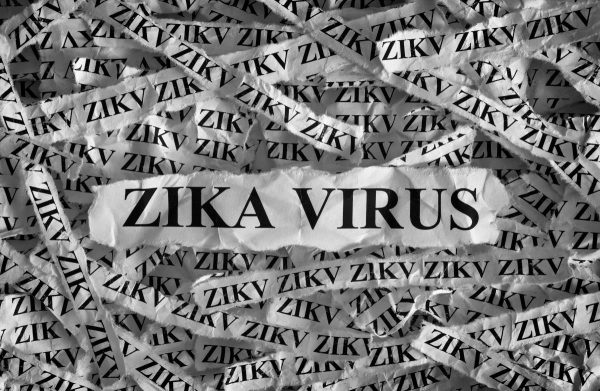 Touted as “the next great epidemic,” just the words “Zika virus” are enough to strike fear into the hearts of millions. With every pregnant woman on high alert and female athletes bailing out of the Rio Olympics in terror last year, the mainstream media created an epidemic of hysteria far greater than the danger posed by the disease itself. With conditions like microcephaly (babies born with abnormally small heads) and Guillain-Barré syndrome (an autoimmune disorder in which the body attacks its own peripheral nervous system) being blamed on Zika, fear spread like a contagious disease – quickly and without reason.

But, stop and think: When was the last time you saw a Zika headline? How many babies actually ended up being born with microcephaly? How many people have you heard of that contracted Guillain-Barré after being infected with Zika? (RELATED: Learn more about the real story behind Zika, here.)

Note what the Washington Post, after being at the forefront of the media hysteria for months, quietly wrote nearly a year into the “epidemic:”

Nearly nine months after Zika was declared a global health emergency, the virus has infected at least 650,000 people in Latin America and the Caribbean, including tens of thousands of expectant mothers.

But to the great bewilderment of scientists, the epidemic has not produced the wave of fetal deformities so widely feared when the images of misshapen infants first emerged from Brazil.

The truth is, the whole thing pretty much fizzled out to nothing, but not until after millions of women endured an anxiety-ridden pregnancy, mosquitoes were sprayed en masse with dangerous neurotoxins like DEET, and Big Pharma established the popular narrative that Zika is a dangerous disease, and like all dangerous diseases, needs a – wait for it – vaccine!

Having pretty much come to nothing by the latter part of 2016, one would expect that to be the end of the Zika hysteria. A shamefaced media and medical community should be bowing their heads in shame and waiting for the whole thing to blow over, right? But no! In August 2016, the National Institutes of Health (NIH) proudly announced that it would start investigating a Zika vaccine for humans. Then, in November last year, the NIH announced the start of the first of five clinical trials to test the Zika Purified Inactivated Virus (ZPIV) vaccine.

This is not an ordinary, run-of-the-mill vaccine, either. This is how the NIH explained the mechanism of the proposed vaccine:

The investigational Zika vaccine includes a small, circular piece of DNA — called a plasmid — that scientists engineered to contain genes that code for proteins of the Zika virus. When the vaccine is injected into the arm muscle, cells read the genes and make Zika virus proteins, which self-assemble into virus-like particles. The body mounts an immune response to these particles, including neutralizing antibodies and T cells. DNA vaccines do not contain infectious material — so they cannot cause a vaccinated individual to become infected with Zika — and have been shown to be safe in previous clinical trials for other diseases. [Emphasis added]

So, this vaccine will work by injecting synthesized genes into your body, permanently altering your DNA, and presumably, the DNA of your children and all of their offspring. Naturally, the fact that this vaccine would alter the recipient’s DNA forever is enough to spook many people, but it also raises some other concerns.

Jon Rappaport, an award-winning investigative journalist, makes the point that with a vaccine like this, the sky would be the limit for the government. Under the guise of “vaccination,” DNA could be altered to make people more obedient or passive, intelligent and talented, subservient, etc.

Knowing as we do that the Zika hysteria was essentially a storm in a teacup, it really does make you wonder what the ulterior motive might be for developing such a vaccine, doesn’t it?