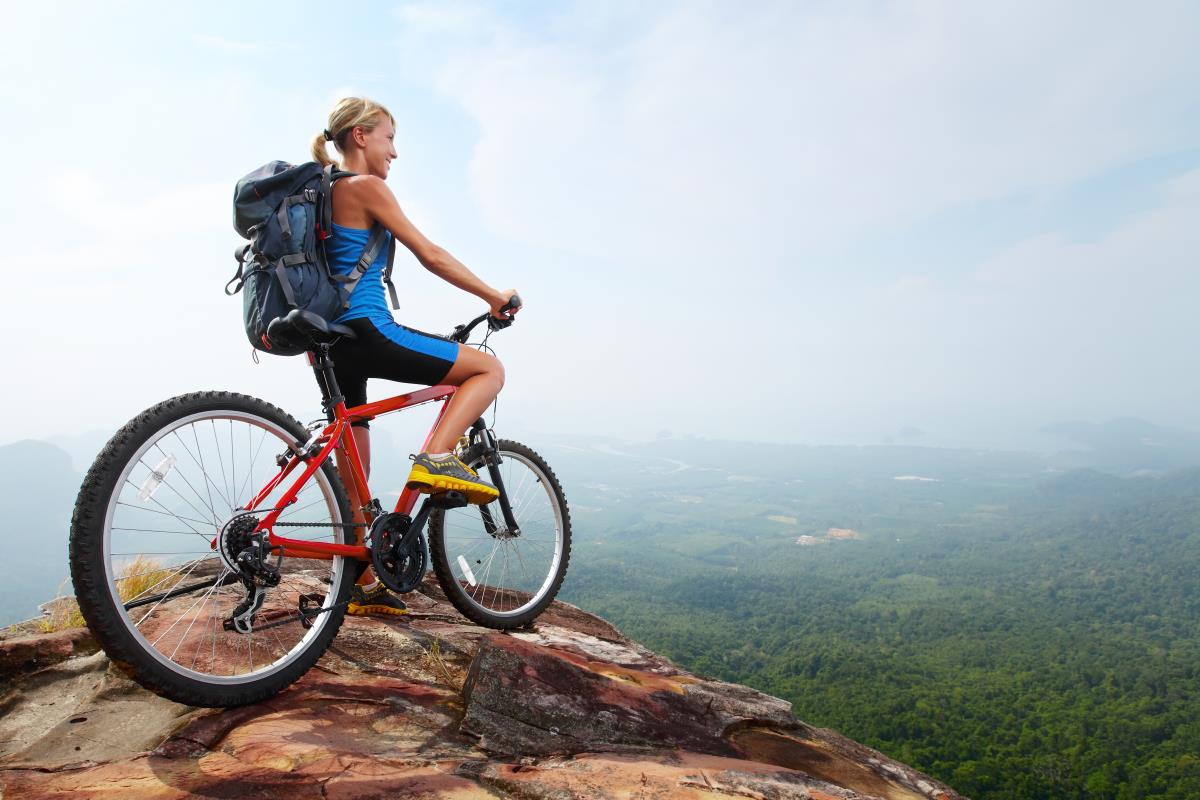 There aren’t many certainties in life, but here are these two: 1) Most people live in an urban or suburban environment; and 2) In a societal collapse scenario, all roads and highways leading out of those urban centers will become immediately clogged and impassable.

So that means if you’re planning to vacate the city when stuff hits the proverbial fan, enroute to a pre-determined (and pre-stocked) bugout location, the very last thing you want to do is rely on an automobile to get you there.

What to do? Refer to transportation of the two-wheeled kind. That means you will most likely have to rely on either a bicycle or a motor scooter/motorcycle instead, and there are advantages and disadvantages to each.

— Riding a bike: One thing about bike riding is true – once you learn how, you really never do forget. I have known lots of people who rode bikes as kids, like most of us did, but then quit riding after they became adults, only to take it up again later in life. They all said the same thing – it was like they’d never quit at all. The biggest difference was learning the gears on the new bike.

However, there’s more to it than just getting on and riding again. Yes, you may be able to functionally ride a bike after 10-20 years, but are you physically able to ride one, and for a sizeable distance, perhaps up and down hills and maybe even cross-country?

If you’re the average person, the answer is no. Riding a bike and riding a bike some distance, with a backpack full of water and supplies and a weapon strapped across your back, is not going to be an easy feat. So if this is something you’re considering – and you haven’t yet begun to get back into riding shape – now is the time to get started. (RELATED: Read You Can’t Be Serious About Prepping If You’re Not Serious About Your Health.)

As for what type of bike to buy, you don’t want one made solely to ride on sidewalks and the pavement, because at some point you may have to leave the highway and set out cross-country style due to some blockage or danger up ahead. Bikes for city streets will have narrower rims and tires and are wholly unsuited to ride across fields, through wooded areas or on hiking trails.

One distinct advantage of a bike, however, is that you can take it almost anywhere, meaning very little other than a physical danger or hazard could get in the way of your progress. And riding a bike, while much more physically demanding than hiking, will get you out of danger and to your bugout destination faster. You certainly don’t want to be caught out in the open, so to speak, after a societal collapse situation. Roving bands of hungry (and armed) gangs will spring up quickly, as police, military and National Guard resources are pooled to keep order in city centers.

Bikes are also much quieter, and they can be outfitted with various carriers and other equipment to make them highly efficient. Check out how to fix a flat tire, and make sure to carry at least two tire patch kits.

— Taking a scooter/motorcycle: The most obvious advantage of a motor scooter or motorcycle is that it doesn’t require anywhere near the physical endurance to operate. They are sturdier, and thus able to carry more gear, and can travel longer distances faster.

You can literally travel hundreds of miles on a single tank of gas – and all in a single day – giving you a lot of flexibility in choosing a bugout location. Ideally, you wouldn’t want to spend the night on the road if you didn’t have to (and you may with a bike, if your bugout location is many miles away).

Also, so-called “dirt bikes” are specially equipped for rougher terrain, like fields, wooded areas and hiking trails. Also, motorcycles allow for a much quicker escape, and time may very well be of the essence in a STFT situation. (RELATED: Read Missouri company invents amazing survival moped that could help you bug out on a gallon of gas.)

But motorcycles have an engine, and that engine requires fuel (which you’d have to carry instead of additional supplies). It is also subject to mechanical failure. Additionally, motorcycles are loud and would easily give away your location – a problem when you’re trying to bugout to a secret location and keep a low-profile. Remaining invisible could be the key to survival; the sound of a loud motorcycle can be quickly traced back to you.

In both cases, if you can find a good, used bike or motorcycle – whichever you choose – that is best because it will save you literally hundreds of dollars. If you really want to go the extra mile, buy a fixer-upper and learn how to repair it yourself. That will come in handy should your mode of transportation break down and need fixing.