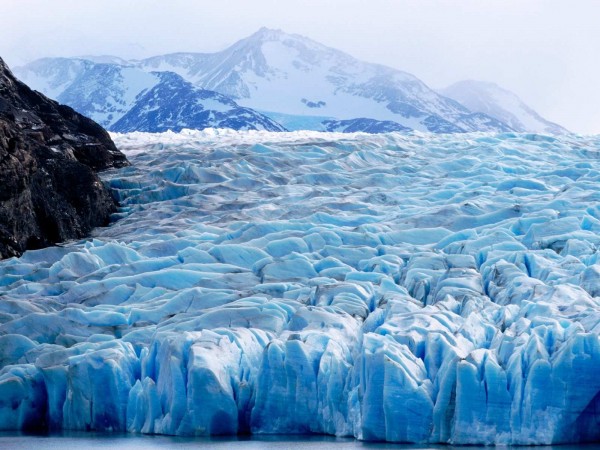 Note to the global warming hoaxers: Antarctica’s ice has not only not melted and flooded coastal cities around the world, there is actually more ice underneath the surface ice. And scientists believe there are vast secrets hidden there.

As reported by the New York Post, they have discovered a very large object underneath the Antarctic ice that may change several aspects of history and our understanding of it.

The Post notes that the massive and enigmatic “anomaly” is believed to be located amid a frozen mass in a region known as Wilkes Land, which measures 151 miles wide and is at least 2,700 feet deep. A number of researchers think that within that extremely large crevice lurks the remains of a gigantic asteroid that measures more than two times the size of the Chicxulub space rock that ended the existence of dinosaurs on Earth.

If this explanation is true, it could mean this killer asteroid caused the Permian-Triassic extinction event, which killed 96 percent of Earth’s sea creatures and up to 70 percent of the vertebrate organisms living on land.

That said, there are others who have some other theories about what lies beneath the frozen lands of Antarctica. For example, the Post noted, some conspiracy theory types have come up with the idea that there is really a colossal UFO base under the ice, or some sort of portal to an as-yet-undiscovered world called “Hollow Earth” (cue the “Lord of the Rings” soundtrack).

But serious scientists and researchers aren’t buying the wilder conspiracies and are instead focusing on known phenomena, like past asteroid strikes. (RELATED: 2019: Asteroid To End Earth? NASA First Reports, Then Censors!)

The “Wilkes Land gravity anomaly” was initially discovered in 2006 after satellites belonging to NASA revealed gravitational alterations indicating a massive object in the center of a 300-mile-wide impact crater. But in recent weeks the Internet has come alive with discussions and theories about what the object could mean following the posting of a YouTube video by Secure Team 10, a group of UFO hunters.

“To this day, scientists have no idea or way to discover exactly what is buried deep under this thick ice shelf,” the narrator in the video says. “This continent has been shrouded in a mystery of its own for years now.”

One theory being advanced by Secure Team 10 is that the Nazis may have built a series of secretive bases in Antarctica before World War II to house flying saucers that would eventually be used in the war effort.  They added: “There is some evidence of this coming to light in recent years, with images purporting to show various entrances built into the side of mountains, with a saucer shape and at a very high altitude.”

They then said, “This begs the question: How would you enter these entrances without something that could fly and was the same shape as the hole itself?

Obviously, that theory is self-explanatory and leaves little room for alternative views since after all, no one really knows yet what is (and isn’t) underneath the ice. But given what scientists do know about past life-ending events on Earth, the asteroid theory seems much more plausible.

Secure Team 10 did have one suggestion that seemed plausible: The U.S. Navy may have led a mission at some point to find out what lies beneath the shadowy continent. Under the code name “Operation High Jump,” conspiracists believe that the mission was aimed at uncovering evidence of a secret entrance leading to the center of the Earth, where a hidden world is entombed. But again, the scientist who first discovered the irregularity believes it is most likely from an asteroid strike. (RELATED: Colonizing Mars Necessary To Save Human Species From Destruction, Says NASA Chief)

“This Wilkes Land impact is much bigger than the impact that killed the dinosaurs, and probably would have caused catastrophic damage at the time,” said Ralph von Frese, who made the discovery back in 2006.  At the time he was a professor of geological sciences at The Ohio State University.

“All the environmental changes that would have resulted from the impact would have created a highly caustic environment that was really hard to endure,” he added, as reported by the Post. “So it makes sense that a lot of life went extinct at the time.”

NASA obviously believes that asteroid strikes are something we should be concerned about, having opened an office to study planetary defense against such space objects last year.