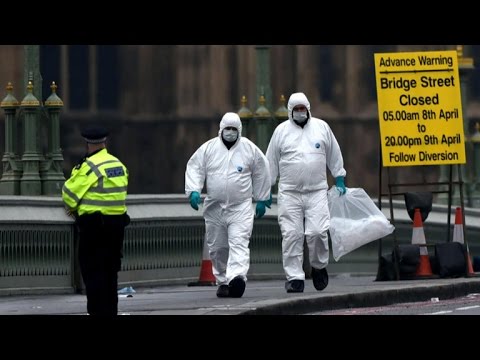 Prime Minister Theresa May has confirmed the Westminster attacker who killed three on Wednesday was “British-born” and had been investigated by security forces in the past.

( Article by Liam Deacon from Breitbart.com )

Speaking in parliament, Mrs May said the man was known to police and MI5 and had been investigated “some years ago” “in relations to concerns about violent extremism”.

However, she described him as a “peripheral figure” and said, “the case is historic”.

“He was not part of the current intelligence picture”, the Prime Minister added. “His identity is known to the police and MI5, and when operational consideration allow he will be publicly identified”.

She also confirmed that six addresses in Birmingham and London had been searched in relation to the investigation and police had made seven arrests.

The terror threat level, Mrs May said, had been set at “severe” (it’s second highest level) meaning that an attack was “highly likely”. At the next, highest level, the security forces would consider an attack “imminent”.

Stay informed about more acts of terrorism at Terrorism.news.