Uncensored and Independent Media News
Home
Health Freedom
Second Amendment
Prepping
Survival
Censorship
Subscribe
SHOP
Popular Articles
Trump not backing off claims that he was wiretapped, no matter how many in Washington say he should
03/19/2017 / By JD Heyes / Comments 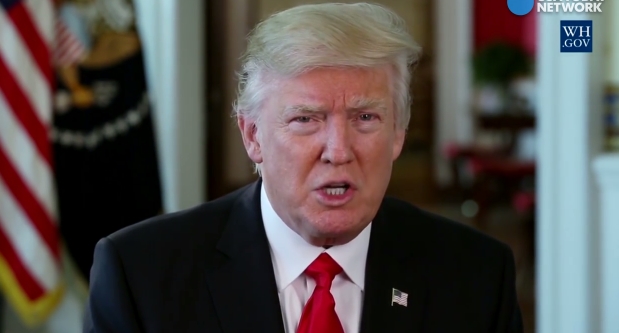 To say that official Washington – that includes the establishment media, elected leaders, pundits, talking heads and think tanks – still don’t understand who Donald J. Trump is or what makes him tick, is an understatement. The current brouhaha over the president’s claims that former President Obama “wire tapped” him make this plain.

“I see no indication that’s true. It’s not a charge that I would ever have ever made, and frankly unless he can produce some pretty compelling proof, then I think President Obama is owed an apology in that regard,” Cole said in response to a question from CNN, which – like the rest of the Washington lapdog media, has continued to pursue this ‘story’ like there’s nothing else going on in the nation’s capital.

“If he didn’t do it, we shouldn’t be reckless in accusations that he did,” Cole added. (RELATED: Did Team Trump Fall Victim To “Backdoor” Surveillance By U.S. Intelligence Agencies?)

Naturally, since this was a Republican lawmaker, CNN ran with it and milked it for every drop. But here’s what we do know about this fracas: Trump this week doubled down on his accusation, telling Fox News’ Tucker Carlson on Wednesday that though he can’t say anything just yet, more information surrounding the charge is forthcoming within a couple weeks.

Trump told host Tucker Carlson that the administration “will be submitting things” to the House Permanent Select Committee on Intelligence “very soon.” The president added that he “will be, perhaps speaking about this next week” and predicted that “you’re going to find some very interesting items coming to the forefront over the next 2 weeks.”

That sounds an awful lot like a man who’s pretty confident in what he tweeted out earlier. But you can tell by the tone of the media reporting on this, as well as Cole’s comments and other observations emanating out of “official” Washington they don’t yet understand who they’re dealing with.

Trump is no politician, though he says he’s become one after being elected president (fair enough). But he’s certainly no typical politician, which means he cannot be put into the same box, into the same mold as practically everyone else in the nation’s capital, including those elected, appointed and employed by various entities.

All of these people continue to believe their own characterizations about Trump – that he’s a racist, bigoted, loud-mouthed, lying buffoon who lacks the intellect and intelligence to be president. Despite building hugely successful brands as Trump the billionaire businessman (despite bankruptcies and other setbacks), they still can’t bring themselves to realize he’s just not who they say he is. Far from it.

Take the health care reform legislation. For the past week the media has highlighted, emphasized and magnified every single GOP and Democratic objection to the American Health Care Act. From the outside, it would appear that there’s no way this piece of legislation gets done.

Then there’s Trump on Friday, emerging from a White House meeting with House Republicans, all of whom had previously said they won’t back the legislation, announcing to the press that after talking with these members, all had changed their minds and would be supporting the legislation after all. Trump even called out the media again for failing to accurately report what was in the legislation in the first place.

So he won again, essentially.

Anyone who still doubts that Trump’s allegations he was “wire tapped” or otherwise under some sort of intelligence-related electronic surveillance needs to realize the man just doubled down on his initial allegations, not backed off from them as some reports have suggested. (RELATED: Flat out: Someone in government or the media is lying about ‘wiretapping’ Trump Tower story.)

That sounds like the confidence of a man who, like when he negotiates deals and health care reform, knows what the outcome is already. Keep up with all our president is up to at Conservative.news.