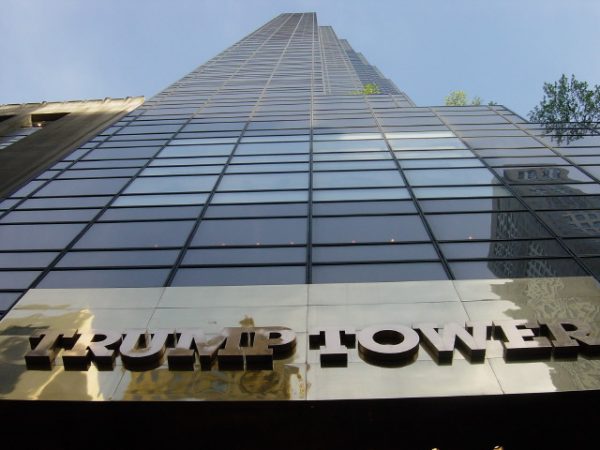 The story regarding President Donald J. Trump’s allegations that he was “wiretapped” at Trump Tower by the Obama administration, has now taken more twists and turns than a Grand Prix race, and frankly, it’s become patently obvious that someone is lying about important details surrounding the president’s charge.

On Thursday, leaders of the Senate Intelligence Committee – Chairman Richard Burr and Ranking Member Mark Warner – along with House Speaker Paul Ryan, said that so far, there has been “no evidence” to back up Trump’s claim.

That is odd, given all the reporting prior to Thursday that suggests otherwise.

“The intelligence committees, in their continuing, widening, ongoing investigations of all things Russia, got to the bottom — at least so far with respect to our intelligence community — that no such wiretap existed,” Ryan said in response to a question from CNN at a news conference.

Burr and Warner, in a statement, said that “based on the information available to us, we see no indications that Trump Tower was the subject of surveillance by any element of the United States government either before or after Election Day 2016.” (RELATED: Did Obama use the “Five Eyes” intelligence agreement to get Britain to spy on Trump?)

Frankly that’s amazing, given what’s been reported thus far by CNN, the Washington Post, The New York Times and others.

In this report, CNN said that U.S. investigators had corroborated some of what was contained in that “Trump dossier,” which by now has largely been debunked. In addition, the network reported that what had been “corroborated” related to “conversations between foreign nationals,” but the alleged intelligence sources used for the story could not “confirm which specific conversations were intercepted” or their content, because it could compromise “the classified nature of US intelligence collection programs.”

Or how about the Washington Post? The paper reported the day before Trump was inaugurated on Jan. 20, that “U.S. counterintelligence officials” had been “examining possible ties between Russia and Trump associations,” to include “intercepted communications.” The paper even claimed that “it has been clear for months that a broad investigation is underway … .”

Then there’s this New York Times piece, also published Jan. 19, that claimed, “American law enforcement and intelligence agencies” were “examining intercepted communications and financial transactions as part of a broad investigation into possible links between Russian officials” and Trump “associates.” The print version of this same story even contained the phrase “wiretapped data” in its headline, as seen here.

Before going further, it is important to note that this kind of information can only come from U.S. intelligence agency electronic surveillance of the kind Trump is accusing Obama of conducting.

There’s more. The lawmakers on Thursday said there was “no evidence” Trump Tower was targeted. That “evidence” would include a warrant issued by the secretive Foreign Intelligence Surveillance Act court, because legally, that’s one of the only ways U.S. intelligence agencies would be able to conduct electronic surveillance, and even then, only against foreign subjects within the U.S. Americans can be placed under surveillance, but this is a high hurdle; intelligence agencies have to convince the court there is good reason to believe said American is an agent of a foreign government.

Did U.S. intelligence think Trump was a foreign agent? Maybe.

Does a FISA warrant paper trail exist? According to two published reports, yes it does.

Louise Mensch of Heat Street reported exclusively that the FBI was “granted” a “FISA warrant” to examine the “Trump camp’s ties to Russia.” That warrant, she reported, was granted in October, after an earlier request to examine a server located in Trump Tower that FBI counterintelligence officials thought might be linked to Russian banks in June of last year was denied. (RELATED: Flat out: Someone in government or the media is lying about ‘wiretapping’ Trump Tower story)

Investigative reporters Sara Carter and John Solomon, writing at Circa News, also reported that the FBI sought and got a FISA warrant, and for the same reason: to investigate the server for potential Russian bank ties.

The FBI found none – no links, no smoking gun – but apparently they looked for one.

There is also this: Under a Reagan-era executive order, 12333 (“twelve triple three” in intelligence parlance), the attorney general of the United States can order electronic surveillance on American citizens if he or she also suspects them of being an agent of a foreign government.

If the Heat Street and Circa News stories are incorrect, then it’s possible there would be “no evidence” because Loretta Lynch simply ordered the FBI’s counterintelligence division to take a look at Trump’s servers. And she worked for Obama, who made some changes to the order in his waning days as president, The Hill noted in its own intriguing slant on this story.

In an interview with Fox News’ Tucker Carlson Wednesday night, Trump said more about this will come out “in two weeks” or so. Based on the prior reporting by sources that mainstream Washington holds as credible, Trump’s version of the story appears to be the most accurate.