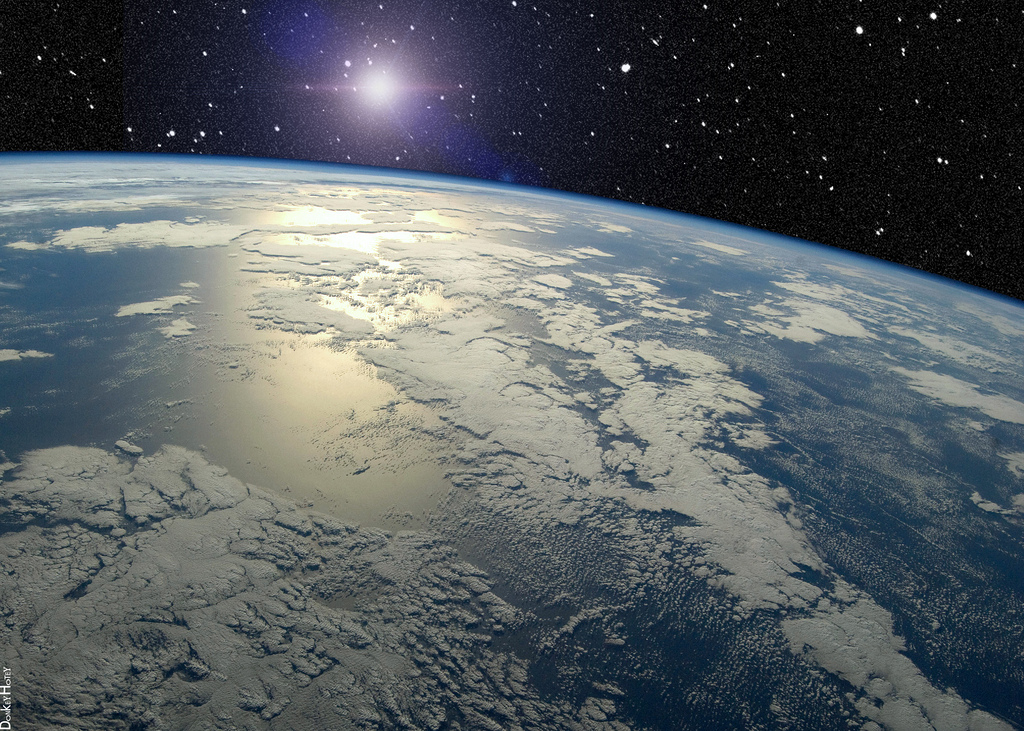 What is being described as a UFO “megaship” was caught on video by cameras aboard the International Space Station (ISS), prompting NASA to dim the live feed so that the object could no longer be seen, according to UFO hunters.

The footage of the alleged megaship was uploaded to YouTube by Streetcap1, a UFO enthusiast who has posted dozens of videos of what appear to be alien craft – many of them captured by ISS cameras.

The two minute video segment shows a massive “cigar-shaped” object hovering just above the Earth’s horizon, apparently hundreds of miles away from the space station. At least two lights or bright reflective objects are seen beneath the craft.

At the end of the clip the camera lights suddenly dim, leading UFO hunters to believe that NASA intentionally lowered the brightness to obscure the craft.

“I thought I was seeing things. I had to be quick,” Streetcap1 said in the video caption. “The dimming at the end was sudden and my guess is they turned down the brightness a little because they spotted it.”

Tyler Glockner, another UFO hunter who runs the conspiracy site Secure Team 10, confirmed that the video contains some interesting anomalies:

“What we’re seeing here looks like none of those. And it would appear that shortly after these objects come into view, NASA – either purposely – or the UFOs do it on their own, but the objects quickly dim out.

“So we may have had NASA dimming the feed, messing with the contrast or the exposure to make these objects disappear from view.”

This recent sighting is just one of an untold number of alleged UFOs captured by ISS cameras. A quick Google or YouTube search brings up dozens of videos taken from the space station live feeds – many of them occurring over the past few months.

Common sense tells us that many of these supposed alien crafts are mere light reflections on the ISS windows, lens flare effects, space debris or other phenomenon, but there are enough interesting-looking anomalies to make even slightly skeptical minds wonder if some might possibly be of extraterrestrial origin.

UFO hunters have long suspected NASA of concealing evidence of extraterrestrials and UFOs – nearly since the beginning of the space program there have been accusations that the agency has tampered with photographic, film and video evidence, removing all traces of UFO activity and erasing images of supposed alien structures on the moon, Mars, and elsewhere in the solar system.

NASA denies that it has any such evidence, but many believe the agency is afraid to tell the truth regarding UFOs due to fears of causing widespread panic among the citizenry. Out of the tens of thousands of NASA photographs and hours of footage, there have been plenty of strange things captured that even NASA has a hard time explaining, or didn’t have the chance to delete before they made their way to the public’s eye.

Not to mention the significant number of astronauts, including space pioneers like Neil Armstrong and Gordon Cooper, as well as recent ISS inhabitants such as Leroy Chiao, who have all reported seeing UFOs while on space missions.

Considering that these astronauts were first-hand witnesses with scientific backgrounds and little to gain by making up UFO stories, it might make sense to trust them more than an agency that may or may not have a motive to conceal the truth.

And regardless of whether or not Streetcap1’s megaship is the real McCoy, there’s still plenty of reason to keep examining the evidence – or at least the evidence that NASA will allow us to see.