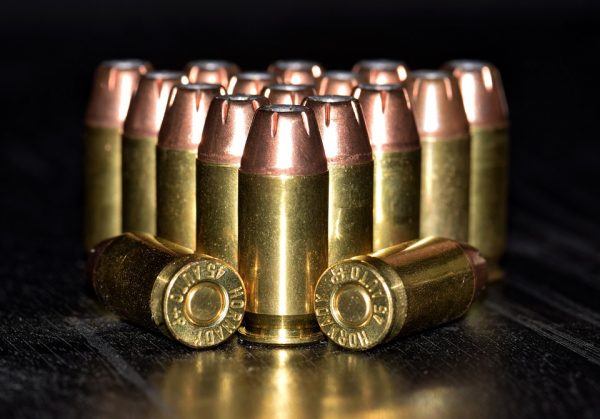 You drive the final nail into the board against your window and make your way over to your kitchen table. Using the flickering candlelight to force the shadows away, you pull out a notepad and begin to make a list of everything you need to get your hands on if you want any chance of surviving even a week. After a few minutes of brainstorming, you are relieved to find that you already have most things: flashlights, matches, extra fuel that can be used in a generator, a bin full of nonperishable food in the basement and other provisions. You have firearms too, but then it dawns on you: What is the best type of ammunition to have in order to defend yourself and your family?

The 22 long rifle cartridge has been used for over 100 years, and is currently the most popular cartridge in the world. This type of ammunition is especially good for surviving in a dystopian society because it is lightweight, great for hunting rodents and pests, and is deadly when used for self-defense. The price of a 22 LR round is relatively cheap, though it has risen slightly in recent years. However, since the end of the 2016 election, prices have begun to drop once more. (RELATED: Why did the government buy so much ammunition during Obama’s presidency?)

The low cost and popularity of the 9mm round make this an excellent choice for preppers and survivalists. (RELATED: Read why not prepping could be the biggest mistake of your life).

So reliable is the 9mm round, that it’s the official round of the United States military and is quickly becoming the standard for law enforcement, as well. Because this type of ammunition is so widely used, it would be one of the easiest to scavenge following the collapse of society. It is also light recoiling and easy to shoot, making it ideal for people of all sizes.

By far, 12 gauge rounds are some of the most accessible rounds in the entire world. Although this type of ammunition is neither the cheapest out there, nor the lightest, it is incredibly powerful. Just by changing the load, one can easily take down game ranging from squirrel to bear. Most threats wouldn’t stand a chance against the sheer power and versatility of the 12 gauge round. If it’s good enough to be used by law enforcement for generations, it’s certainly good enough to be used for hunting or self-defense in a survival situation.

Due to the fact that the AR-15 is the most desired rifle in the United States today, 5.56 or 223 ammo can be found almost everywhere. It is lightweight and light recoiling, most commonly used by semi-automatic defensive rifles. For proof that 5.56 ammo really is effective, look no further than war-torn countries in the Middle East, where it is used frequently to hunt down the enemy. With iron sites, the 5.56 round is accurate up to 500 yards. All of this makes this type of ammunition extremely useful for hunting and for defensive purposes.

For shooting over long distances and breaking through barriers, 308 or 7.62 NATO rounds are more than ideal. Obstacles such as vehicle doors, brick walls, wood walls and even some light metal walls stand no chance against this type of ammo. Even when faced with hard body armor, the 7.62 NATO rounds come out on top. This type of ammo isn’t cheap, nor is it as common as 5.56, but there is a wider variety of rifles built that can use this kind of round, including semi-automatic, bolt actions and lever actions. It is the standard for medium machine guns, and is also used in sniper rifles by the United States military.