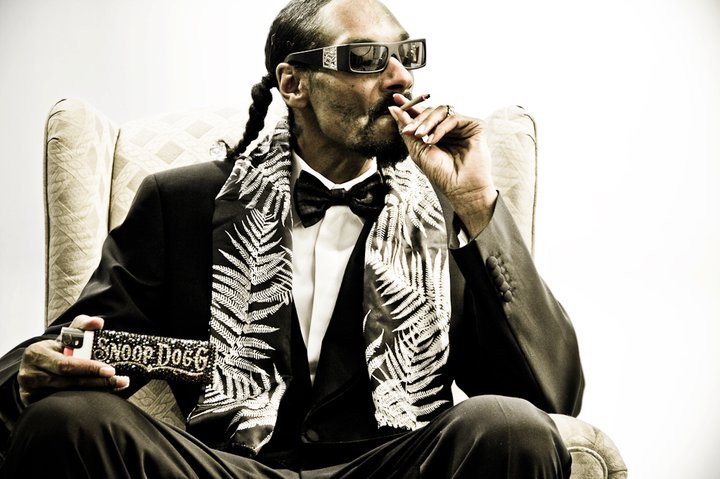 The entertainment industry is full of bad boys and girls, miscreants, sexual deviants, practitioners of Big Pharma and the religiously challenged, but it’s hard to beat the troglodyte-in-chief, “rapper” Snoop Dogg.

Apparently not satisfied with the lack of press he’s gotten lately, the Dogg decided to remake BADBADNOTGOOD and Kaytranada’s IV single “Lavender,” which features a cast of clowns including one that he “shoots” who greatly resembles our current commander-in-chief.

As reported by Pitchfork, the video is essentially one in which “a Donald Trump parody reigns supreme— at one point announcing the deportation of all dogs.”

Anyway, in a subsequent interview with Billboard, the perennially foul-mouthed rapper provided insight into his reworked piece of sophomoric “art,” claiming that he was forced to act out of some need to address what he says Trump represents.

“Nobody’s dealing with the real issue with this f–king clown as president, and the shit that we dealing with out here, so I wanted to take time out to push pause on a party record and make one of these records for the time being,” he said.

He wasn’t finished, though. He rambled on:

The ban that this motherf–ker tried to put up; him winning the presidency; police being able to kill motherf–kers and get away with it; people being in jail for weed for 20, 30 years and motherf–kers that’s not black on the streets making money off of it — but if you got color or ethnicity connected to your name, you’ve been wrongfully accused or locked up for it, and then you watching people not of color position themselves to get millions and billions off of it. It’s a lot of clown sh-t going on that we could just sit and talk on the phone all day about, but it’s a few issues that we really wanted to lock into [for the video] like police, the president and just life in general.

Just. Wow. When Snoop Dogg becomes the conscience and voice of the political opposition – and Democrats aren’t lining up to denounce him, his message of hate and the manner in which he delivered it – that tells you all you need to know about the moral bankruptcy of their ideology.

Remember when the Left was outraged – outraged! – after the History Channel aired a miniseries called “The Bible” featuring a “devil” character many believe looked a lot like President Obama. Or when lightweights at the Missouri State Fair banned a rodeo clown from wearing an Obama mask?

But “shooting” Trump, well, that’s okay, because you know, he’s a “MF” who deserves it. Snoop Dogg has deemed it so. (RELATED: Why isn’t the Secret Service kicking down Madonna’s door after her threat against President Trump?)

The Democratic Party is completely bankrupt of ideals, of morality, of civility and of any rightful claim to America. The party has left the country, not the other way around. Where Democrats used to represent working Americans, small business and middle class values, today it is the party of Marx, Lenin and “revolution” in the vein of Che and Mao. Rather than celebrate our traditional values of hard-fought and won freedom and liberty, its spokespersons invent racial boogeymen and social injustices while championing violence and division. It’s no wonder the party has been banished from entire regions of the country.

It’s too much to expect foul-mouthed ingrates like Snoop Dogg, who have actually done pretty well for themselves despite living in such an unfair, racist, sexist, bigoted country, to understand the incredible opportunities they’ve been given and appreciate the fact that in practically no other country on the planet would such opportunities have been available to them.

But it shouldn’t be too much to expect them to practice some decorum when it comes to expressing their opinions about the president of the United States. After all, Snoop may have forgotten, those of us who were counting the hours until Obama left office nevertheless had the decency and upbringing to understand the office of the president is bigger than any one man or woman occupying it. I may not have approved of much of anything Obama did or stood for, but the last thing I ever thought about doing was producing and starring in a video even pretending to shoot him, nor would I have condoned anyone who did.

That’s the difference between me and Snoop: Class. I have it, and he doesn’t.