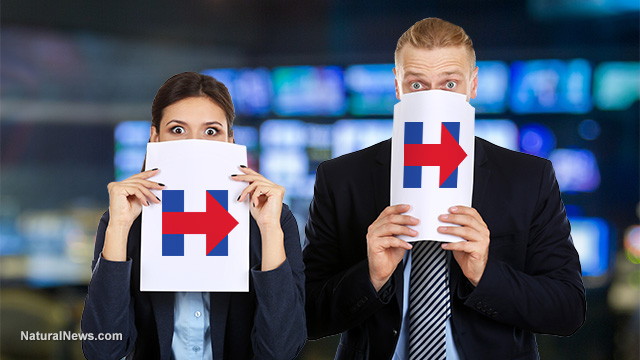 What President Donald J. Trump and his administration have accomplished in merely getting elected is stunning in and of itself. But the way in which Team Trump is changing the paradigm in Washington, D.C., is even more stunning. And quite delicious.

Even before the president-elect took office, members of discredited “mainstream” media, which had told the country for the better part of a year Trump had no chance of beating his Democratic rival, Hillary Clinton – the most corrupt presidential candidate ever to run for the office – you could tell they were getting nervous.

Afraid that the new White House would freeze them out or bypass them altogether through the president’s habit of speaking directly to the American people via his Twitter account, they began inventing news that Trump was a tyrant in the making and that his real goal – as is the goal of all tyrants – is that he wanted to squelch them.

Former Clinton Labor Secretary Robert Reich, now just a far-Left Democratic hack, said as much in an interview with Democracy Now! in January, shortly before Trump was inaugurated:

He is working for us; we are not working for him. And in many ways, Donald Trump seems to be indifferent, at best, to the democratic process. He, for example, treats the press — and we need a free and independent press. Every democracy requires a free and independent press to report on what the powerful are doing. Trump continues to denigrate the press and to bypass it whenever he has any opportunity.

Unlike, say, Barack Obama, who as president prosecuted more journalists under the Espionage Act than any president before him since the law passed in World War I?

In fact, so worrisome was Obama’s policy of prosecuting journalists that Peter Masse, writing at The Intercept, fretted that he was actually creating a bad precedent that Trump would exploit and utilize:

Trump is so disdainful of free speech that he has even vowed to use the Espionage Act to imprison anyone who says or leaks anything to the media that displeases him.

Actually, that last bit is made up; Trump hasn’t talked about the Espionage Act. Instead, the Obama administration has used the draconian 1917 law to prosecute more leakers and whistleblowers than all previous administrations combined.

What worries the purveyors of innuendo, false narratives and fake news even more than Trump using federal law to prosecute leakers of classified information is that someday, somehow, in the Trump era, they will become irrelevant. Or, at a minimum, not as relevant as they once were.

That helps explain a Sunday column by Washington Post writer Paul Farhi, who seems more than a little upset that the Trump White House would grant a press pass to (egads!) a conservative press organization, The Daily Signal, which is published by the Heritage Foundation:

The development is unusual; the reporter, Fred Lucas, is the first member of his organization to take on pool reporting duties, which are typically handled on a rotating basis by mainstream news organizations. Lucas also covered Pence as the pooler two weeks ago.

The “unusual” was the fact that Lucas, as pool reporter, supplied all the other journalists with details of Pence’s daily activities. The underlying ‘concern’ for Farhi is that, as a “conservative” reporter, at some point in the future the “details” provided to the “mainstream” reporters could be politically slanted.

That’s rich, considering the fact that every single “mainstream” news outlet is politically slanted” – the other way, towards Democrats. For them to deny this is as comical as it is dishonest. (RELATED: Politico: Obama to ‘replace’ Bush U.S. attorneys in 2009; in 2017, Trump to ‘oust’ Obama U.S. attorneys.)

It never once appears to occur to Farhi that the addition of conservative – i.e., alternative – media to the White House reporter pool is the Trump administration’s way of counter-balancing the extreme Alt-Left perspectives of the Post, The New York Times, CNN, Los Angeles Times; all the principle news networks save for Fox News, and so on.

To say that the ‘mainstream media’ has been unfair to this administration is the understatement of the year. It’s no wonder this White House has such disdain for them. And it’s no surprise that the Trump administration is looking to alternative news sources to ensure honest coverage from here on out.

I don’t expect the lamestream media to suddenly shed all of the Left-wing ideologues posing as reporters anytime soon. What I do expect to see, however, is more complaining about how things aren’t like they used to be before Trump came to town.