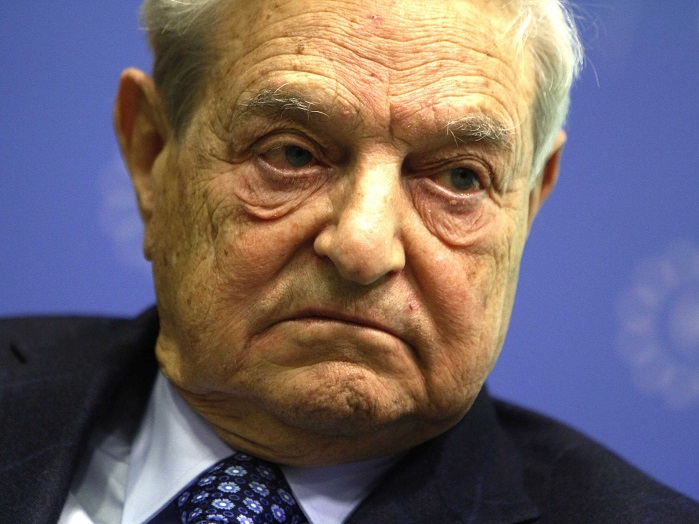 Things couldn’t be more on the brink in the United States as the old guard statists battle with the new guard populists for control over the federal government. Leading the charge against the People is none other than billionaire villain George Soros, who experts closely studying the situation say is trying to incite the next American Civil War as part of an order-out-of-chaos scenario currently in the making.

Some are calling it an American Spring — a last-ditch effort by the globalists to maintain control over the American people in order to continue their pursuit of a New World Order. The recent election of Donald Trump as president has apparently thrown a wrench into their plans, and now they’re escalating the situation in retaliation.

In his book Enemies Within, author Trevor Louden divulges how a manufactured civil war would create the conditions necessary for the globalists to be able to take down the United States and implement the global government that they’ve been working toward for decades. Sovereign nations like the U.S. have no place in this global order, and thus must be eradicated.

This is really their only option, it turns out, because President Trump is kicking butt and taking names — at record speed — which is quickly undoing these efforts by the globalists to enslave the public and install themselves as kings of the planet. The People are finally fighting back, with President Trump at the helm, and it’s driving the globalists to the point of insanity.

Globalism is a bipartisan effort by both Democrats and Republicans

Throughout the presidential campaign, George Soros was busy at work behind the scenes trying to thwart the election. It was assumed that Hillary Clinton would win the election — a shoe-in, they said — and when she didn’t, it was time for Plan B. Obstruct everything that President Trump tries to do; infiltrate his cabinet; and rile up the populace, laying the groundwork for civil unrest.

And this is a bipartisan effort, by the way. It isn’t just the Democrats that are working against the president. So-called “RINO” (Republican In Name Only) Republicans like John McCain, Lindsey Graham, Paul Ryan, and others are committed to implementing their own components of globalism, which include the following:

• Phony “free trade” agreements that hand control over commerce to multinational corporations at the expense of American workers and their jobs.

• Mass immigration into the U.S. and other Western countries that destabilize the native culture and make ripe conditions for a fascist takeover.

• Stoking the flames of racism to divide and conquer the people, a classic tactic of subversion that has been used throughout history to destroy and assume control over nations.

We are talking, here, about domestic terrorists within our government that are working in lockstep with foreign terrorists like George Soros to completely destroy our country to advance the sinister agenda of a few wealthy technocrats who hate human life apart from their own, and who seek to control the planet for their own gain.

“George Soros is following a script that he is all too familiar with,” adds Hodges, noting that Soros’ tactics come straight from the playbook of Saul Alinsky in his manifesto Rules for Radicals. “Soros is implementing the Arab Spring strategies in very similar fashion to what he did over five years ago in the Middle East.”