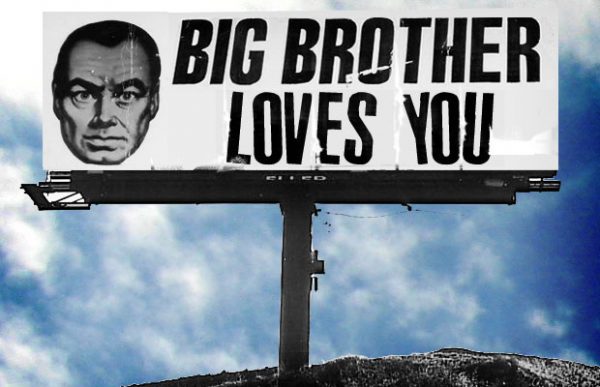 Amazon’s voice-activated virtual assistant, Alexa, may soon have the capability to identify who is speaking to it – a feature that will push the technology even further into the Big Brother realm.

Voice recognition technology is nothing new, but Alexa will be the first voice assistant on the market to offer this feature. Amazon developers have reportedly been working on the update since 2015, and are only delaying its launch due to privacy issues.

“[T]he feature is internally called Voice ID, and it would match a person’s voice to a prerecorded ‘voice print’ to identify who is talking. The primary account holder could limit specific actions to only those matching a specific voice print. For example, any voice-made purchases could be limited to parents in a household so children don’t go on voice-enabled shopping sprees.”

Privacy is certainly a concern. Critics point out that Alexa and other voice assistants such as Apple’s Siri and Google’s Assistant are essentially textbook examples of the Big Brother technology described in George Orwell’s 1984.

Everything said in the presence of Alexa is recorded in the cloud, where it is stored and analyzed by Amazon. The company says it only uses the information to improve the user experience, but in theory, Amazon could use the data for targeted advertising purposes in the future.

The voice recognition capability adds a new level of sophistication in terms of analysis of the data, which begs the question: Who has access to this information besides Amazon?

In early March, Amazon agreed to release recordings from an Amazon Alexa-equipped Echo device to be used as possible evidence in an Arkansas murder trial.

Amazon initially refused to comply with warrants requesting the data, but agreed to turn it over after the defendant in the trial agreed to its release.

Even though Amazon stood its ground on the privacy issue in that case, the truth is that any stored information is vulnerable to hacking, no matter how “secure” it may appear to be.

Recent revelations regarding the involvement of the intelligence community in the creation of Google and Facebook should be warning enough that the data collected by these voice assistant apps might be vulnerable to scrutiny – not to mention last week’s WikiLeak release of documents showing the scope of hacking activities by the CIA into just such systems, along with cell phones and even smart TVs.

The interesting thing is that these Big Brother-style two-way communication systems that record every single word said in your home – and now with the ability to determine who said it – are not being forced upon us by tyrannical government decree, but rather, we are happily paying our own money to purchase and install them.

Surveillance capabilities continue to expand with the advent of so-called “smart” systems. We are rapidly adopting technology that turns our phones, computers, cars, electric meters, appliances and even our children’s toys into potential spying devices. And apparently there is no limit to the authorities’ ability to access the data, whether doing so is unconstitutional or not.

If all that wasn’t enough to leave you a bit skeptical about Alexa and “her” true motives, consider the viral video now circulating the web which shows an Alexa Echo Dot device apparently shutting itself off when asked the question, “Alexa, are you connected to the CIA?”

In the video, a woman’s voice is heard asking, “Alexa, would you lie to me?”

Alexa responds, “I always try to tell the truth. I am not always right, but I would never intentionally lie to you or anyone else.”

The woman then asks, “What is the CIA?”

But when the woman asks, “Alexa, are you connected to the CIA?” the device immediately shuts off, and does so repeatedly when asked the same question.