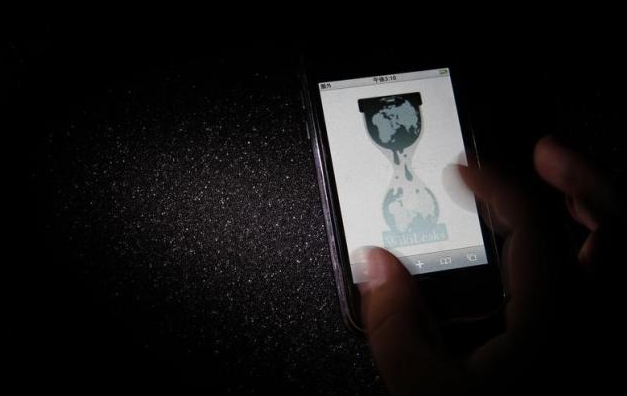 A colossal dump of highly classified data showing the massive breadth and scope of the CIA’s technological capability to spy on virtually anyone, anytime has just been released by Wikileaks in what is being billed as a “Snowden 2.0” dump.

In a statement to the press, Wikileaks – which code-named the data release as “Vault 7,” noted that the first full part of its series of releases, “Year Zero,” involves more than 8,700 documents and files that originated from an isolated highly protected network located inside CIA’s “Center for Cyber Intelligence,” physically located at its headquarters in Langley. Va.

The latest dump follows what Wikileaks characterized as “an introductory disclosure” in February of the year the spy agency began targeting French political parties and candidates in the lead-up to elections held there in 2012. The whistleblower website said that CIA documents indicate that all major French political parties and candidates were “targeted for infiltration by the CIA’s human (HUMINT) and electronic (SIGINT) spies” beginning seven months out from the balloting.

In its newest release, Wikileaks reveals that the CIA has developed the technology to penetrate electronically just about every smart TV, iPhone and Android products, as well as virtually any device that is connected to the “Internet of Things.” (RELATED: Creepy Teddy Bear Caught Leaking Kids’ Private Conversations Online.)

“Recently, the CIA lost control of the majority of its hacking arsenal including malware, viruses, trojans, weaponized ‘zero day’ exploits, malware remote control systems and associated documentation,” said Wikileaks, in its press release. “This extraordinary collection, which amounts to more than several hundred million lines of code, gives its possessor the entire hacking capacity of the CIA. The archive appears to have been circulated among former U.S. government hackers and contractors in an unauthorized manner, one of whom has provided WikiLeaks with portions of the archive.”

“Year Zero” introduces the scope and direction of the CIA’s global covert hacking program, its malware arsenal and dozens of “zero day” weaponized exploits against a wide range of U.S. and European company products, include Apple’s iPhone, Google’s Android and Microsoft’s Windows and even Samsung TVs, which are turned into covert microphones.

If you are feeling the last vestiges of your privacy slipping away, you’re not alone.

The documents – allegedly given to Wikileaks by another intel community insider, a la Edward Snowden, the former NSA contractor who leaked Top Secret information regarding that agency’s spy technology in 2013 because it was being used to monitor American citizens, in violation of the law – also note that the CIA, since the 9/11 attacks, “has gained political and budgetary preeminence over the” NSA.

During the intervening years, the CIA was not only building its now-infamous drone fleet, which is been used to target terrorist elements overseas, but also “a very different type of covert, globe-spanning force – its own substantial fleet of hackers,” the release said.

In a statement to Wikileaks, the leaking source laid out policy questions that should be urgently debated in public, ostensibly through our elected officials, “including whether the CIA’s hacking capabilities exceed its mandated powers and the problem of public oversight of the agency,” said the release, adding that the leaking source is attempting to initiate a public debate about cybersecurity, creation, use, proliferation and democratic control of cyberweapons.”

Included in the disclosures: The CIA is also developing software capable of hacking into and then taking control of modern vehicles (which are wired), so they can perform untraceable assassinations (in violation of stated U.S. policy). (RELATED: Report: The CIA, NSA Missed The Warning Signs Of Snowden’s Betrayal.)

There is an extreme proliferation risk in the development of cyber ‘weapons’. Comparisons can be drawn between the uncontrolled proliferation of such ‘weapons’, which results from the inability to contain them combined with their high market value, and the global arms trade. But the significance of “Year Zero” goes well beyond the choice between cyberwar and cyberpeace. The disclosure is also exceptional from a political, legal and forensic perspective.

This story is developing, but suffice to say this latest intelligence community data dump is being considered even more damning than the Snowden revelations.