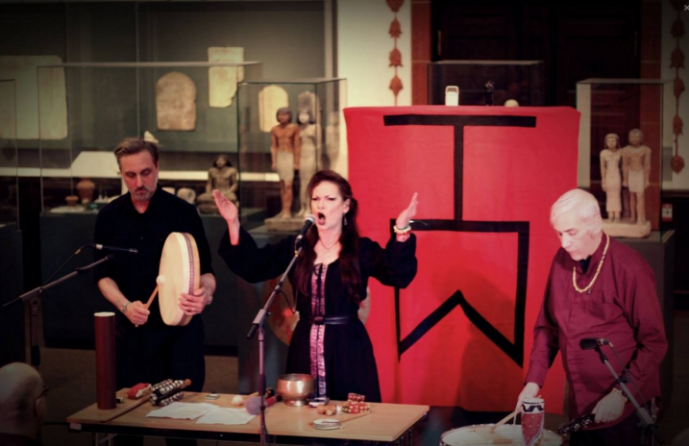 The kingdom of darkness is anxious for recruits, reports The LA Weekly, in order to thwart the policies of the new Trump administration. Seems the Satanic Temple is particularly concerned with Vice President Mike Pence’s pro-life stance, the new Secretary of Education’s Betsey De Vos’s past pronouncements that she was using “education reform as a mission to advance God’s kingdom” and Ben Carson’s words about evolution being “encouraged by Satan.” Mr. Carson is now the Secretary of Housing and Human Development.

William Morrison co-founded the Los Angeles chapter Satanic Temple about a year ago and isn’t currently promoting a Democratic Party agenda or any particular candidate. He says members of the group are issue driven “justice-oriented activists” with little to no acknowledgment of any spiritual agenda. Morrison explains that the Satanic Temple is more concerned about First Amendment rights, women’s reproductive choice, transgender rights, and freedom of the press. He adds that membership has skyrocketed since Trump came into office and it’s not just in Los Angeles. There are dozens of Satanic Temple groups worldwide.

Members do not consider themselves as worshipers of a living devil, or express any belief that Satan even exists, according to a report from Vice.com. Lucien Greaves, a.k.a. Harvard grad Doug Mesner, is a national leader and spokesman for the Satanic Temple. He explains that the group simply uses Satan as a metaphor and a literary construct in a “rejection of superstitious supernaturalism.” Greaves/Mesner purports the Satanic Temple as a very sincere movement that wants to “contribute to the public dialogue.”

This contribution to society includes After School Satan Clubs in public schools around the nation, as a “science-based alternative” to other evangelical educational offerings. In 2014, the group raised funds to erect a statue of Baphomet, petitioning for it to be erected on the grounds of the Oklahoma State Capitol. Because the Oklahoma Supreme Court decided to ban all religious monuments, the nine foot tall statue was moved to Detroit where hundreds came to see the spectacle.

The mission of the Satanic Temple sounds very altruistic. Here it is, in part:

“The mission of The Satanic Temple is to encourage benevolence and empathy among all people, reject tyrannical authority, advocate practical common sense and justice, and be directed by the human conscience to undertake noble pursuits guided by the individual will.”

In addition to social activism, erecting Baphomet statues and creating After School Satan programs, the Satanic Temple has a bevy of merchandise for sale – candles, posters, mini statues, buttons and t-shirts and sweatshirts beaming “Hail Satan.” At the growing chapter in Los Angeles, the fund raising events seem to be more in line with blood-letting, piercings and tattoo parties. One member of the Los Angeles temple, Steven Hill, bucked the trend and turned political, challenging a Republican in a 2016 California State Senate race. Hill ran as a Satanist Democrat and garnered 12% of the vote. He remarked, that as an African American man, the idea of serving the devil probably wasn’t the best political strategy. But he really sees the whole Satanic Temple movement as a satire. One might wonder what Satan thinks about that. (RELATED: Find like-minded articles on Prophecy.news.)