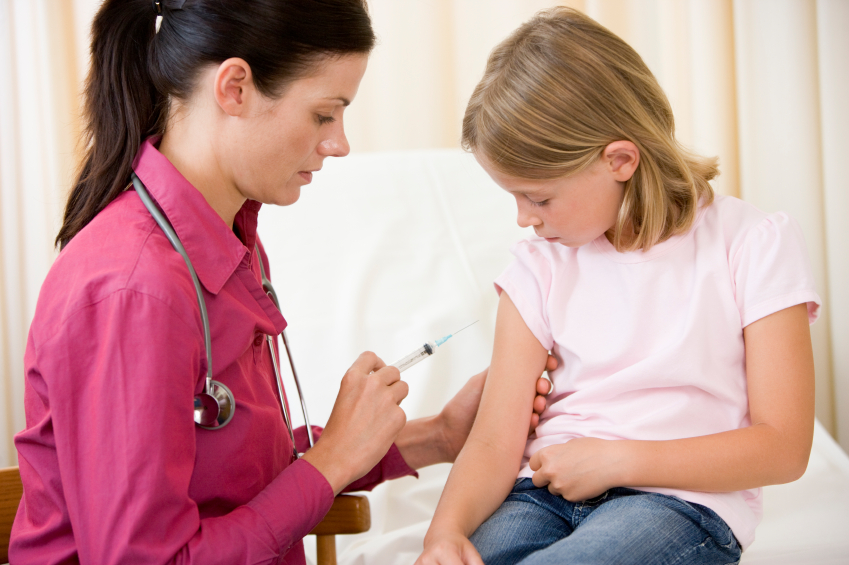 Imagine for a moment if an online news media outlet that supposedly inspires citizen action on the environment and human rights was espousing that every American – man, woman or child – should be extra careful not to eat, drink or touch some specific poison that was spread around the land, but at the same time said that consuming the very same poison as medicine was wonderful. Would your “common sense” alarms all be sounding off? Does that sound like some warped form of “global stewardship?”

What do you imagine is the poison we are talking about here – is it nuclear radiation, chemical pesticides or industrial pollution? Something is contaminating the air, soil, sediment, plants, fish and wildlife across Western North America, and Alternet is sending out their noble “call to arms” for all Americans to take heed for the sake of health, the environment, and human rights in general, but don’t worry about injecting that exact same massive threat into your blood and muscle tissue with a syringe because it magically turns into helpful medicine when it bypasses your body’s natural defense filters, like your skin, lungs and digestive tract.

That’s right, an international team of scientists, led by the U.S. Geological Survey, have just documented widespread mercury contamination at alarming levels all over western North America, but nobody is allowed to talk about or question the same mercury contamination in immunizations, including heavy doses in the influenza vaccine that the CDC recommends for pregnant women, infants, children, teens, adults and the elderly every single year!

National Emergency Alert: Mercury has contaminated the air, soil, sediment, plants, fish and wildlife, but don’t ask if it’s in your vaccinations

You read that correctly, Alternet cares so very much about fish and wildlife species that they’re spreading the word to as many Americans as they can, expressing dire concern about this spread of mercury being a “substantial threat to environmental health and natural resource conservation.” If you care about the birds, turtles and rabbits, you should be standing at full attention when you read this Alternet news, but don’t think for a second that it’s not totally safe to inject mercury directly into your blood, because certainly the CDC has that all under control, right? Wrong. The same exact methylmercury being examined in numerous components of our western landscape, including aquatic food chains, is found in brain-damaging concentrations in the influenza vaccine, but Alternet doesn’t dare mention it.

Facts about mercury poisoning in the United States

Alternet claims to be pro-environment, but still wants to inject children with brain damaging mercury

Alternet tells us mercury in fish is bad, and mercury in coal is bad, but mercury in vaccines is good. Why do they do that? Because their sponsors are Big Pharma and the manufacturers of vaccines. It’s called strategic shilling, and Alternet is very skilled at contradicting itself for the sake of a paycheck while misinforming every American about their health and safety.

Just as we don’t inject bug killer, weed killer, or nuclear radiation into our blood and call it medicine, we should never inject known heavy metal toxins and neurotoxins into our muscle tissue and pretend they’re “safe or effective,” when they’re most certainly not. Since as far back as the 1930s, scientists have known that high doses of thimerosal (25 milligrams per kilogram of body weight) injected into lab animals caused death within days. Though the effects of mercury injections on socialization behaviors and cognition were not tested back then, we now know mercury can induce brain damage and permanently damage the central nervous system.

In fact, in 1929, researchers Powell and Jamieson reported the effects of the first ever intravenous injection of thimerosal into humans. During an epidemic of meningococcal meningitis in Indianapolis, thimerosal was administered to twenty-two sick patients at Indianapolis City Hospital. The Thimerosal showed zero therapeutic benefit, and all the patients died; seven of them the very same day they were injected. Of course, the experiment was somehow documented a success, and here we are today, still claiming success when children are injected with mercury and get autism. Go figure.

World Mercury Project is in full swing – join the movement to create a safer and healthier planet free of mercury!

The World Mercury Project, headed up by Robert F. Kennedy, Jr., is determined to create a world free of the devastating effects of mercury. The project and its leaders plan to accomplish this goal through education, advocacy and litigation. Please join President Donald J. Trump, RFK Jr., and informed Americans in our efforts to create a safer and healthier planet that is free of mercury.