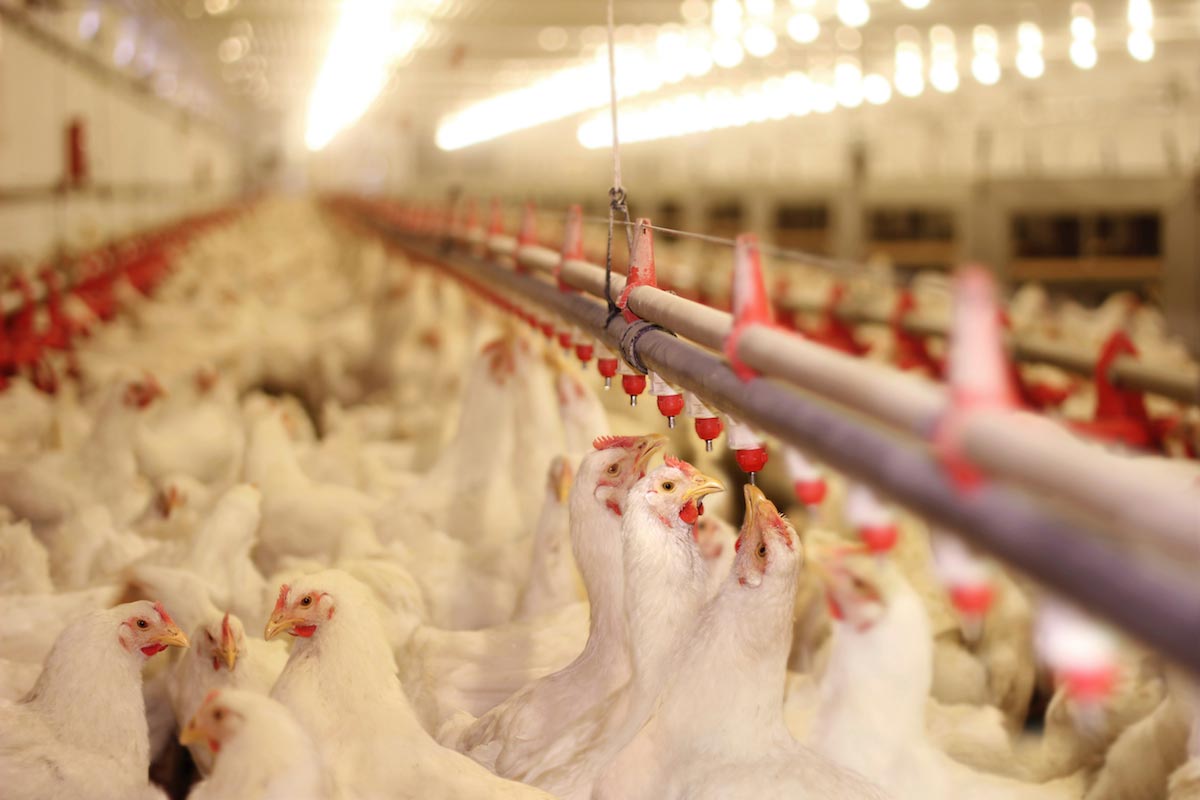 As we become more health conscious and choose leaner meats, Americans are increasingly pushing red meat to the side and opting for chicken instead. On average, we eat 84 pounds of chicken meat per person per year. While we may think we are doing the right and healthy thing, America’s new obsession with chicken meat comes with a foul truth.

Nutrition experts from the Physicians Committee for Responsible Medicine (PCRM) found that nearly half of grocery store chicken is contaminated with chicken feces. After analyzing chicken products from 15 U.S. grocery store chains in 10 cities, the researchers concluded that 48 percent of the samples tested positive for E. coli, an indicator of fecal contamination.

When we look at poultry farms, bird transportation, and slaughter methods, this may not come as a big surprise. Chickens are crammed into small spaces where they defecate freely. Hence, why most chickens spend their short lives covered or standing in feces. Also, during slaughter, feces can be released from the intestines contaminating the chicken meat.

In an environment littered with fecal matter, these particles can easily end up in the final product. And chicken feces are not the only worrisome compounds ending up on your plate. Since chicken producers know about these filthy practices, chicken meat is often rinsed with chlorinated water in an attempt to clean up the mess.

This, however, only adds more health-damaging contaminants and carcinogens to the chicken meat. In addition to chicken feces, chicken products also often test positive for toxic chemicals and antibiotic resistant superbugs.

As reported by Natural Health 365, over 8 billion chickens are slaughtered each year in the United States. Given the alarming number of contaminates found on chicken meat, one would think the U.S. Department of Agriculture (USDA) is increasing their inspection procedures to keep feces and other nasty substances out of our food chain to protect the consumers. Sadly, the opposite is true.

Maybe you have heard about the “Filthy Chicken Rule.” Instead of upping the inspections, the USDA is allowing most trained government inspectors to be replaced by untrained company employees to allow big chicken companies to slaughter chickens at a much faster rate.

While purchasing higher quality organic free-range chicken from a local farmer instead of mass produced products from a huge chicken factory will reduce the exposure to superbugs and nasty chemicals, know that these birds poop too!

Because you can never be sure of how your chicken meat has been handled, not even the organically produced, free range chickens, it is crucial to thoroughly rinse raw chicken under running water before cooking to remove possible contaminants. Also, make sure to use separate cutting boards and cook chicken to an internal temperature of at least 165 degrees Fahrenheit to kill superbugs and other nasty germs.