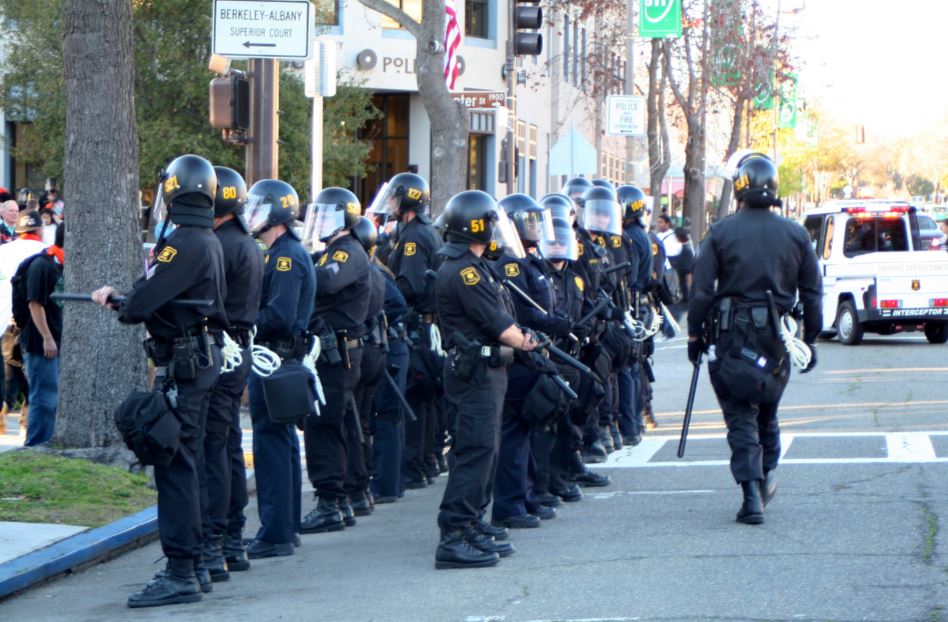 Ten people were arrested in Berkeley, California on Saturday following an anti-Trump protest that sought to counter a march in support of President Trump.

“A total of 10 people were arrested, including five for battery, four for assault with a deadly weapon and one for resisting arrest,” reported The Marin Independent Journal on Saturday. “Police reported items confiscated among the combatants were: ‘metal pipes, bats, 2x4s and pieces of wood. A group with bricks was detained, and their bricks confiscated.’”

Fighting is spreading to the streets in Berkeley. This isn’t a Trump rally anymore. It’s the anarchists. pic.twitter.com/cFIu7akCSX

“Some anti-Trump protesters threw things at Trump supporters. Berkeley police made occasional forays into the crowd, but mostly held back,” they continued. “Protesters spilled out into Martin Luther King Junior Way and were fighting in the middle of the street, and there were people punching each other on the sidewalks. Some people had bloody faces. One pro-Trump supporter was apparently sprayed in the face with Mace.”

Several attendees complained about the lack of intervention by police officers, a complaint that was also common during the anti-Milo Berkeley riot last month.