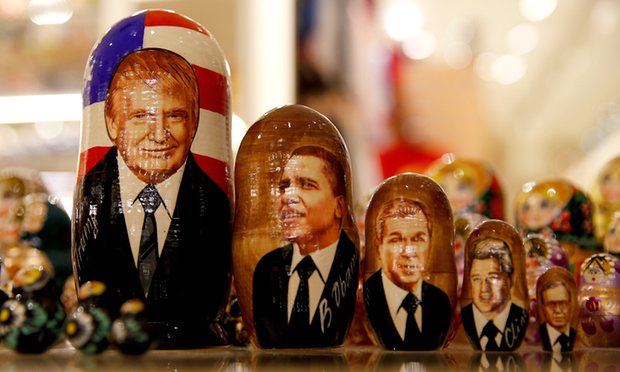 Talk radio giant Mark Levin says that it’s become obvious former President Barack Obama and his surrogates in government and the discredited fake news establishment media are waging a “silent coup” against President Donald J. Trump and that Congress ought to be investigating it.

As reported by Breitbart News, Levin – an attorney, former Justice Department official in the Reagan administration, author and head of Landmark Legal Foundation – laid out a timeline during his Thursday evening broadcast that convincingly makes the case that the Obama administration methodically laid the groundwork to undermine Trump, perhaps as an insurance policy in case Hillary Clinton lost – which, of course, she did.

During his broadcast, Levin decried Obama’s “police state” tactics and said the congressional focus should not be on some contrived connection between Team Trump and the Russians but instead on what Obama and his surrogates have been scheming. (RELATED: Way beyond Watergate: Obama bugged Trump Tower)

Using open source materials like reporting from the media, Levin crafted a timeline that suggests unequivocally that Obama was orchestrating an eventual campaign to undermine and even impeach Trump:

— In June 2016, the administration filed a request with the Foreign Intelligence Surveillance Act (FISA) court, seeking a warrant to monitor electronic communications between Trump and a number of his advisors. More than 98 percent of these requests are granted, but this one was not.

— Throughout the summer campaign cycle last year, WikiLeaks steadily released damaging hacked emails from Hillary Clinton’s campaign and from the Democratic National Committee showing how both conspired against Sen. Bernie Sanders, I-Vt., to steal the party’s presidential nomination for Clinton. Trump joked during a press conference that the Russians ought to help “find 30,000 emails” that went missing from Clinton’s unsecured homebrew email server, a remark which became the basis for accusing Trump of being in bed with Moscow.

— WikiLeaks, in October, released the hacked emails of Clinton campaign manager John Podesta, which created a series of mini-scandals until election day. Clinton blames Trump and the Russia intelligence apparatus.

— Also in October, the Obama regime once again sought a FISA warrant with a narrower focus that honed in on a computer server in Trump Tower; that warrant is granted. Reports suggested that U.S. intelligence suspected links to Russian banks, but no evidence was found. Still, the surveillance continued, ostensibly for ‘national security reasons,’ Andrew McCarthy noted later at National Review. At this point, then, the administration is now monitoring the campaign of an opposing political party candidate, using the power of the federal government – obscene in and of itself.

— In January, Buzzfeed published a fake “dossier” of hearsay and meritless, unproven, unsubstantiated rumors alleging Team Trump ties to Russia. While the entire 35-page dossier was published by Buzzfeed (with the caveat that none of it was substantiated) CNN then reported on the Buzzfeed report, and the “dossier” story was born. Several media outlets went on to claim they had been aware of the dossier for months but failed to substantiate any of the allegations and, therefore, did not publish it.

— Also in January, The New York Times reported the day before Trump’s inauguration that a number of federal intelligence agencies – the FBI, the NSA, the CIA and the Treasury Department – were monitoring a number of Team Trump associates and advisors, again because they were ‘suspected’ of having Russian ties. In addition, other news agencies reported the existence of “a multiagency working group to coordinate investigations across the government,” though each should not have known about the other investigations since they would be conducted in secret and involve classified information that would have had to remain compartmentalized in-house.

— In February the ‘scandal’ involving former National Security Advisor Michael Flynn surfaced after reports claimed the FBI had intercepted communications in 2016 between Flynn, a retired Army general but a civilian at the time, and Russian Ambassador Sergey Kislyak, supposedly as part of routine spying on a foreign dignitary (something all countries do). Of course, that doesn’t explain how Flynn’s identity, as an American citizen, was identified and then leaked to the press, in direct violation of U.S. law.

— Later in the month, the Times cited “four current and former American officials” claiming Trump team members had “repeated contacts with senior Russian intelligence officials.” The Trump administration denied the report, and the Times even admitted in the same report there is “no evidence” of coordination between the campaign and the Russians. But by now, the White House and some congressional Republicans are becoming concerned about illegal intelligence leaks.

— Just a few days ago a concerted effort to tie Attorney General Jeff Sessions to the Russians began, with accusations he lied during his Senate confirmation about speaking to the Russian ambassador twice in 2016. The Washington Post claimed the encounters – once at the Republican National Convention and once during a meeting in Sessions’ Senate office – were not disclosed, but in fact, Sessions was never asked about any and all contacts with Russian officials during his hearings – only about alleged illicit contacts between Trump team members and Russian officials. (RELATED: Sessions ‘Russia controversy’ is completely contrived by the Deep State as latest attempt to delegitimize Trump)

[T]he Obama administration sought, and eventually obtained, authorization to eavesdrop on the Trump campaign; continued monitoring the Trump team even when no evidence of wrongdoing was found; then relaxed the NSA rules to allow evidence to be shared widely within the government, virtually ensuring that the information, including the conversations of private citizens, would be leaked to the media.

Levin also castigated Republicans in Congress for focusing on Trump and this bogus Russia story rather than Obama and what he is obviously attempting to do.