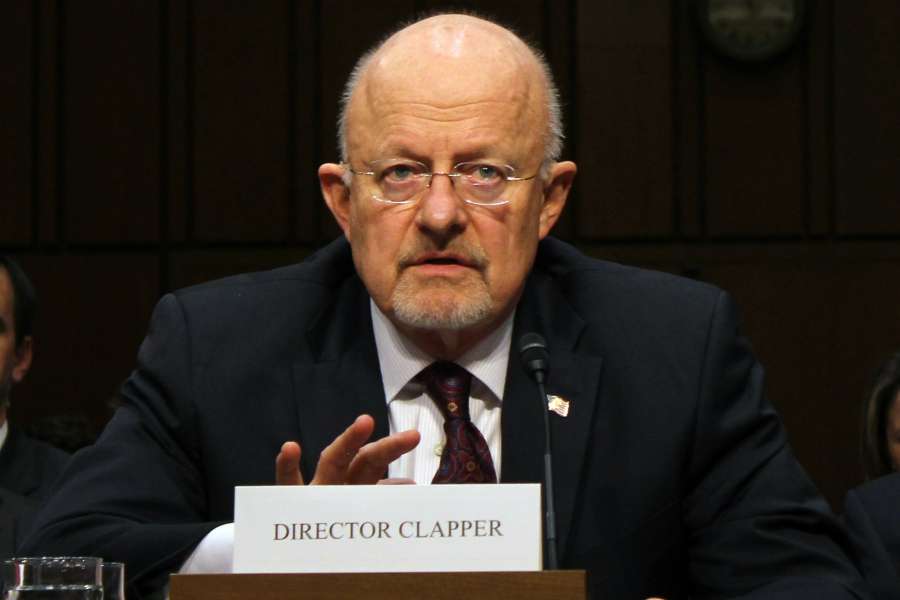 James Clapper, the former Director of National Intelligence – the person all 17 U.S. intelligence agencies answer to – told NBC News’ Chuck Todd on Sunday that he “can deny” there was ever any court-ordered surveillance, in direct opposition to several published accounts noting that said surveillance did take place.

We have truly entered the surreal world of the Deep State, folks.

First of all, let’s get something straight: Clapper’s appearance on NBC News was no accident; it was planned from the outset as a quick, stop-gap counter-assault against President Donald Trump’s claims just a day earlier that Obama “wiretapped” his New York City-based Trump Tower. Playing his part like a circus monkey, Clapper – a careerist intel guy who ran interference for Obama for six years – was trotted out as an “expert source” to “refute” the president’s “bogus claims.” (RELATED: Why Jeff Sessions Should Not Have Recused Himself From Any “Russian Investigation” By The Justice Department)

Now, let’s analyze all of this:

— It helps to know what Clapper’s role, as DNI, was. As noted by AllGov:

Created in the wake of the September 11 terrorist attacks, the Director of National Intelligence (DNI) serves as the top intelligence official in the United States government. The DNI oversees what is known as the Intelligence Community, which consists of more than a dozen civilian and military agencies that collect information on threats against the United States.

So, how likely is it that the director of all intelligence would not know that a presidential candidate was under surveillance?

— It also helps to know that Clapper is a congressional perjurer. In testimony before the Senate Select Committee on Intelligence on March 12, 2013, Clapper told Sen. Ron Wyden, D-Oregon, in no uncertain terms that no, the National Security Agency does not collect any data at all on Americans. When asked, Clapper responded:

Wyden pressed on: “It does not?” Clapper responded: “Not wittingly. There are cases where they could inadvertently perhaps collect, but not wittingly.” So in other words, the highly technologically advanced NSA, in a sort of “opps!” moment, may have, might have, at some point, collected Americans’ information improperly. Sure.

Oh, but then came the revelations from NSA whistleblower Edward Snowden in June of that year, in which he revealed that yes, “the NSA was engaged in a secret program to collect tens of millions of Americans’ phone call records,” this site noted. “Further revelations would unveil NSA programs collecting Americans’ web browsing histories, chat logs, email usage and even their physical locations.” Clapper later characterized his statement as “erroneous,” and claimed, incredulously, he “misunderstood” the question. Right; the highly educated DNI “misunderstood” a perfectly clear and precise question.

— Clapper’s claims that no such surveillance took place don’t jibe with what former Bush Attorney General Michael Mukasey said over the weekend, namely that Trump is right, he was under surveillance, under authorization of a FISA warrant Clapper says didn’t exist.

“I think [Trump’s] right in that there was surveillance and that it was conducted at the behest of the attorney general – at the Justice Department,” Mukasey told ABC’s “This Week.” (RELATED: Hold On: Top U.S. Spy Officials Have NOT Embraced The CIA’s Assessment That Russia Aimed To Help Trump Win Election)

— Clapper’s statement also does not jibe with months of reporting by the Deep State’s preferred media outlets that Trump and his closest advisors were under FISA-ordered surveillance. As noted by Breitbart, quoting numerous print sources, the Obama administration first sought a FISA warrant to monitor communications involving Trump and his advisors in June 2016, but it was uncharacteristically rejected. The administration applied again in October and was granted the surveillance warrant.

— In January The New York Times reported the day before Trump was inaugurated that various intelligence agencies – the CIA, the NSA, and the FBI, as well as the Treasury Department – had indeed kept Trump and his advisory staff under investigation. Breitbart noted:

Other news outlets also report the existence of “a multiagency working group to coordinate investigations across the government,” though it is unclear how they found out, since the investigations would have been secret and involved classified information.

And Clapper wants us to believe an operation this big, involving this many agencies, focused on a presidential candidate from a rival political party, either didn’t happen or escaped his attention?

You bet. When elephants fly.