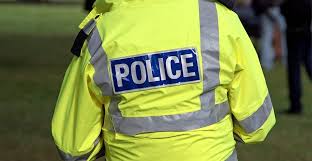 The Baltimore Police Department is back in the news.

Federal authorities charged seven cops who are or were members of the city’s Gun Trace Task Force in connection with an alleged shakedown operation.

“The officers are accused of stopping people — some of whom were not even suspected of any crimes — and seizing their money and pocketing it…The officers schemed to steal money, property and narcotics by detaining people, entering residences, conducting traffic stops and swearing out false search warrant affidavits, according to the indictment,” CNN reported about the year-long investigation into alleged corruption.

All seven who served in the elite gun squad face charges of racketeering. Overtime fraud is also among the allegations against the officers. (RELATED: Read about more at law enforcement excesses at PoliceState.news.)

Maryland U.S. Attorney Rod Rosenstein, who President Trump has tapped for the position of deputy attorney general — pending  Senate confirmation — under AG Jeff Sessions,  described the alleged actions of the officers as a criminal conspiracy and robberies committed by individuals wearing police uniforms.

“As recently as October, the Police Department was praising the unit in an internal newsletter for its work getting guns off the streets. The unit made more than 110 gun arrests in less than 11 months last year,” the Baltimore Sun explained.

At a court hearing on Thursday, a federal judge declined to release the officers from custody pending a trial, WBAL-TV noted.

The office of state prosecutor Marilyn Mosby, who many believe mishandled the investigation into the April 2015 death of Freddie Gray while in police custody by over-charging the cops allegedly involved in the case that made national headlines, apparently played no role in the investigation by the feds, the Sun added.

Television station ABC2, WMAR in Baltimore, claims that officials in Mosby’s office may have tipped off the officers about the federal investigation, however.

Mosby’s office has already dropped charges against several criminal defendants who were arrested by the officers in question. Five federal cases have also been dropped so far.

“Local defense attorneys said the arrests could also result in appeals or upend the prosecution of an untold number of cases, as the officers charged will probably be considered unreliable witnesses,” the Washington Post asserted.

Reacting to the indictments of the seven officers this week, Baltimore Police Commissioner Kevin Davis declared that “These are 1930’s style gangsters as far as I’m concerned,” and vowed to conduct an extensive internal review of policies and procedures.

Earlier this year, the city of Baltimore and the U.S. Justice Department entered into a consent decree that — if approved by a federal judge — would mandate reforms targeting police misconduct and constitutional rights violations of citizens.