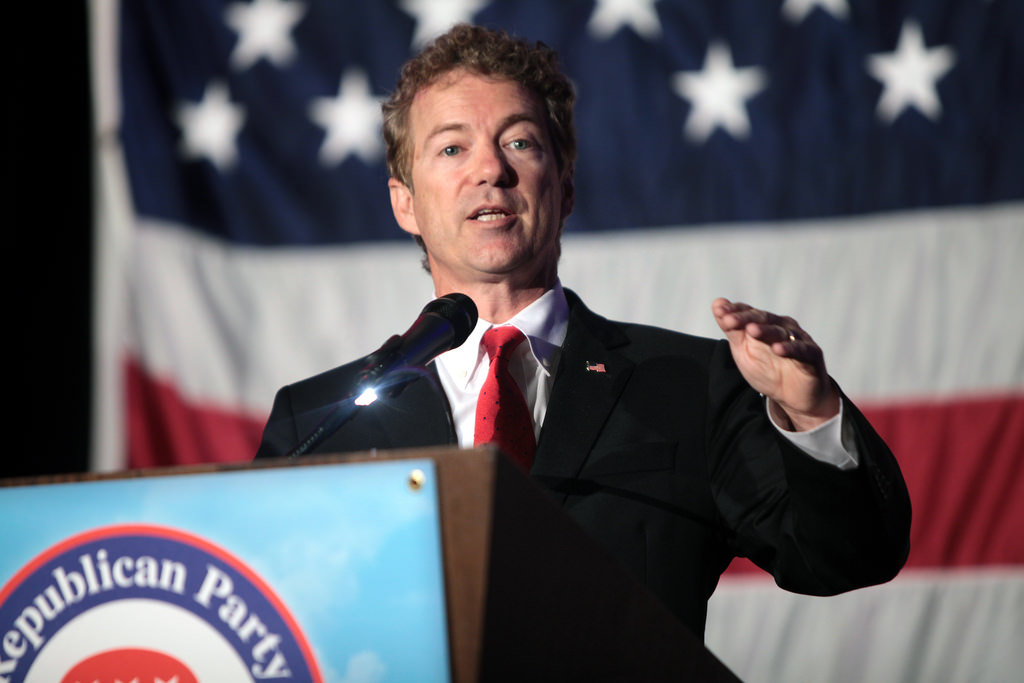 On Thursday, when House GOP members of the House Energy and Commerce Committee held a meeting to find out exactly what the GOP leadership planned to do about Obamacare, one person who genuinely wants to end Obamacare rather than replace it with Obamacare Lite was told he could not see any of its details.

As The Washington Post reports, that person just happened to be Sen. Rand Paul (R-KY), who discovered where the meeting was being held.

I have been told that the House Obamacare bill is under lock & key, in a secure location, & not available for me or the public to view.

I am heading to the secure location where they are keeping the House obamacare bill. I will demand a copy for the American people.

Paul wasn’t kidding; despite the fact that the meeting was guarded by Capitol Police officers, Paul strode up to the door and informed a House staff member, “I’d like a copy of the bill.” After being rebuffed, Paul turned to the reporters who had followed him. He stated, “We’re here today because I’d like to read the Obamacare bill. If you’d recall, when Obamacare was passed in 2009 and 2010, Nancy Pelosi said you’ll know what’s in it after you pass it. The Republican Party shouldn’t act in the same way.” Paul added, “In my state, in Kentucky, it’s illegal to do this. This is being presented as if it were a national secret, as if this were a plot to invade another country.”