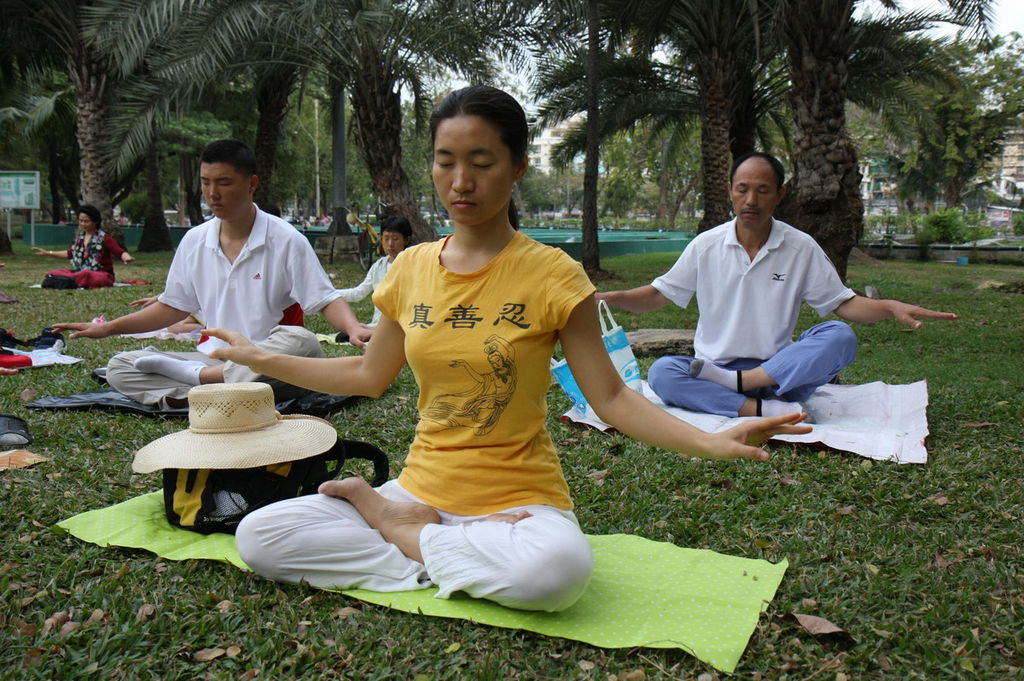 In many respects, China is a modern, civilized nation with its feet firmly planted in the 21st century. But some of the human rights abuses that were common in China’s communist past continue – in brutal fashion – to this day. A case in point is the continued mistreatment of practitioners of a peaceful, meditation-based spiritual discipline called Falun Gong.

A book exposing the harvesting of organs by the Chinese government from members of the spiritual group Falun Gong has led to the nomination of its author, investigative journalist Ethan Gutmann, for the 2017 Nobel Peace Prize.

Gutmann’s 2014 book, “The Slaughter,” details the independent investigation launched by the author in 2008 to reveal the truth regarding China’s state-run organ harvesting programs and the killing of Falun Gong members as part of those programs.

A 2016 followup report, “Bloody Harvest/The Slaughter: an Update,” was based on the book as well as earlier research by human rights lawyer David Matas and former Canadian MP David Kilgour. Matas and Kilgour were the authors of a 2006 report on the subject entitled “Bloody Harvest.”

From The Epoch Times:

“The new report shows that between 60,000 and 100,000 transplants have been carried out annually in China over the past 15 years, and that the number of organ transplants is six to 10 times higher than the official estimates put forth by the Chinese Communist Party.

“The Chinese regime has consistently denied allegations that it murders prisoners of conscience to provide organs for its transplantation industry. Gutmann believes the 2016 report made a difference.

Falun Gong is a spiritual practice involving qigong-style standing exercises and seated meditation. Derived from Buddhist and Taoist traditions, Falun Gong was first introduced in China in 1992 and at the time was favorably viewed by the government and state-run media.

In 1999, however, the Chinese Communist Party suddenly labeled adherents of the practice – at that point there were an estimated 100 million Falun Gong members – as “enemies of the state,” and began arresting, torturing, and murdering them by the thousands. The media launched a slander and propaganda campaign against the practice and its members, and the persecution of Falun Gong practitioners continues to this day.

The persecution of Falun Gong members has been described as “lucrative” for some communist party officials, who profit from “extortion, slave labor, and forced organ harvesting.”

The 2016 report confirmed the existence of a vast network of state-run hospitals, some of which are harvesting and transplanting organs around the clock – in a country which has no voluntary organ donation program. As many as 1.5 million transplants are believed to have taken place in China since 2000, with the majority of the organs coming from Falun Gong members.

Gutmann’s book included first-hand accounts of the gory practice of harvesting organs from Falun Gong practitioners, such as the testimony of Ko Wen-je, a doctor involved in creating Taiwan’s voluntary organ donation program, who stumbled upon the Falun Gong organ harvesting program while visiting mainland China.

The nomination for a Nobel Prize – whether Gutmann wins or not – should bring even more attention to the continuing plight of Falun Gong practitioners in China, but Gutmann gives credit to the witnesses, without whom there would be no story:

“I owe the fact that there was a story worth telling to the world because of the witnesses – the refugees from labor camps, the defectors, and doctors like Enver Tohti and Ko Wen-je. All I had to do was get their story out.”