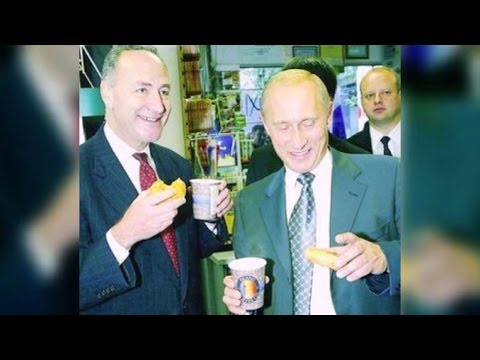 Article by Jim Hoft by thegatewaypundit.com

Democrat Senate Minority leader Chuck Schumer continues to push the Russia conspiracy.
But it was Schumer who met with Putin in New York City – not Trump.

The picture above was taken in 2003 as Russian President Vladimir Putin, right, enjoys a Krispy Kreme doughnut and coffee with Senator Charles Schumer from New York as Putin visits the first New York gas station of the Russian company Lukoil.

The hysteria over Trump administration officials talking — or not talking — with Russia needs to end.

It’s getting in the way of putting America back on track. 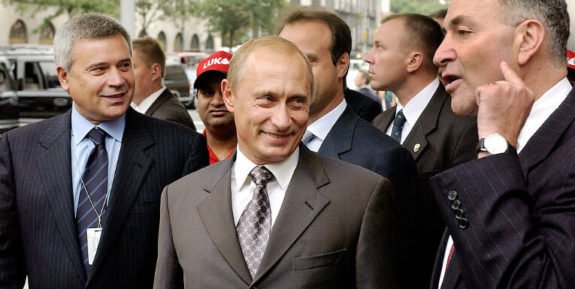