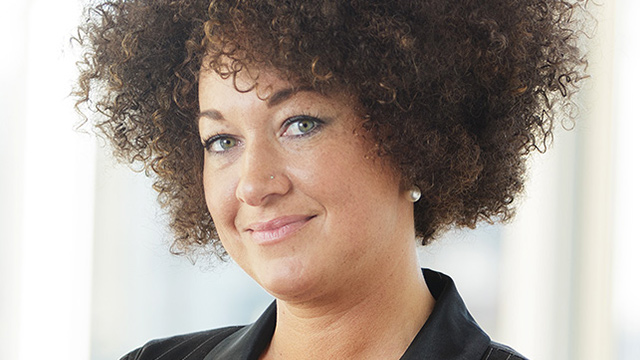 The way I see it, there are two types of liberals. The first type is the kind that can actually form coherent sentences and at least sound like they know what they are talking about. The second type is the kind that just makes you scratch your head and say, “This person gets paid for this?” In the case of Rachel Dolezal, the former NAACP branch president, the latter most accurately applies.

As I’m sure you remember, Rachel Dolezal is the woman who was forced to resign from her position as NAACP branch president after coming under fire for falsely stating she was black. Even on her way out, though, during an interview on The Today Show, Dolezal still insisted that she identified as black. “It’s a little more complex than me identifying as black or answering a question of being black or white,” she explained at the time. “The discussion is really about what it is to be human. And I hope that that really can drive at the core of definitions of race, ethnicity, culture, self-determination, personal agency and, ultimately, empowerment.”

Shockingly, some on the Left made an attempt to defend Dolezal during what was likely the most embarrassing period of her life. In June of 2015, in the midst of the controversy, a contributor for CNN published an article titled “Rachel Dolezal has a right to be black,” where the author, Camille Rich, made the case that ethnicity was a state of mind.

I have a hard time believing that this defense of Dolezal was anything more than partisan politics. What do you think would happen if someone like Donald Trump came out and publicly announced that he was black? Exactly.

Regardless, it has now been almost two years since Rachel Dolezal’s nationwide humiliation, and she isn’t doing too well. In an interview with The Guardian, Dolezal explain how she is now struggling to pay her bills, is a recipient of government handouts, and is on the verge of being homeless.

“There’s no protected class for me,” she said. “I’m this generic, ambiguous scapegoat for white people to call me a race traitor and take out their hostility on. And I’m a target for anger and pain about white people from the black community. It’s like I am the worst of all these worlds.”

It’s certainly an unfortunate situation, but words have consequences. Had Dolezal just been straightforward with the public about her race instead of lying and telling everyone she was black, then chances are she would be financially stable and still working for the NAACP.

It’s strange to me not only how obsessed liberals are with the issue of race, but how so many of them appear to be embarrassed or ashamed of being white. Elizabeth Warren, for example, has claimed in the past that she is not white but Native American. A 2012 report in the Boston Herald brought up the fact that in 1998, the Harvard Crimson reported that Warren was the university’s only tenured Native American. However, shortly after the Boston Herald ran their story about Warren, The Atlantic, which is generally a left-leaning publication, found that the Massachusetts senator was actually ineligible to be a member of the Cherokee tribe.

Liberals sure are weird, aren’t they?