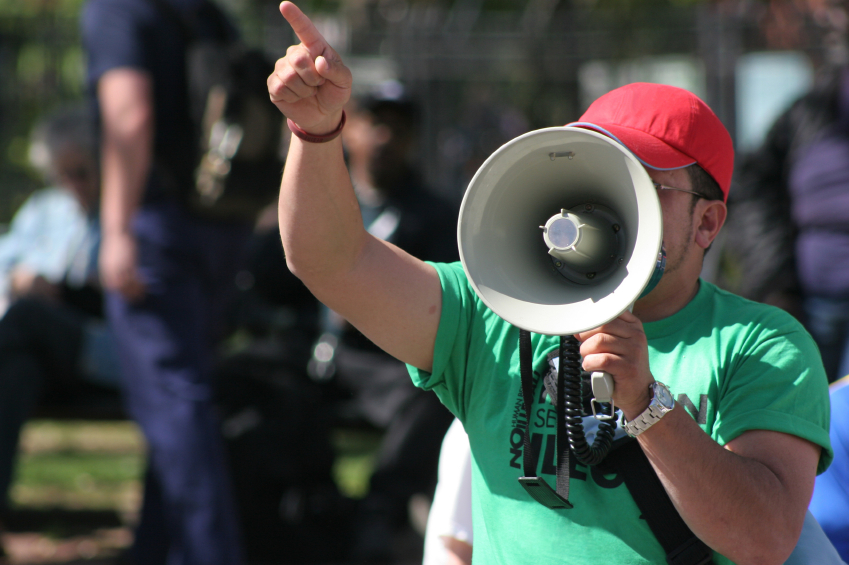 The Leader of the Arizona House has has dropped a proposed bill that overstepped the boundaries protecting citizens’ Freedom of Peaceful Protest in an attempt to crack down on “paid protestors.”

According to the Arizona Capital Times, SB1142 expanded the state’s racketeering laws, now aimed at organized crime, to also include rioting. It redefines what constitutes rioting to include actions that result in damage to the property of others. If Bill had been passed, it would have given the Government the right to criminally prosecute and seize the assets of everyone who planned or participated in a protest. At the heart of the Bill was concern that it would give police new power to arrest anyone who is involved in a peaceful demonstration that may turn disastrous — even before anything happens.

We have all seen how quickly peaceful protests can turn sour. The recent UC Berkley Riots caused nearly $100,000 in damages and numerous physical assaults. In Soros-backed Black Lives Matter protests we’ve seen neighborhoods destroyed and looted. None of us are naive enough to think that these “protests” are 100% organic grass roots movements, but the implications of the bill were not a step in the right direction to fix this issue.

For one thing, in Arizona and most other states, everything that constitutes rioting already is a crime, ranging from assault to criminal damage, and those responsible can be individually prosecuted. This bill would punish people just for participating even if they were not involved with property damage. It’s guilt by association. Supporters of the Bill even approved of and encouraged police officers to infiltrate meetings while on duty to gain information. While we are aware that a lot of the recent violent protests have included paid protestors, this legislation felt more like an attempt to institute pre-crime laws than an effort to protect citizens and property. (RELATED: Get all the news Google is trying to hide from you at Censored.news)

The Republican Senators behind this bill see it differently. They believe it will stop so-called “privately funded progressive protesters” who are paid to go out and wreak havoc, or at best hold them accountable. Sen. John Kavanagh, a backer of the Bill, says, “Wouldn’t you rather stop a riot before it starts? Do you really want to wait until people are injuring each other, throwing Molotov cocktails, picking up barricades and smashing them through businesses in downtown Phoenix?’’

As much as these Senators viewed this bill as a deterrent, opponents felt the bill too broadly written and has the potential to punish people that are exercising their Right to Freedom of Peaceful Protest as well as Freedom of Speech. It also sets the stage for the implementation of more pre-crime type laws in the name of keeping the public safe.  Though this bill is considered dead there are similar ones still being discussed in other states.