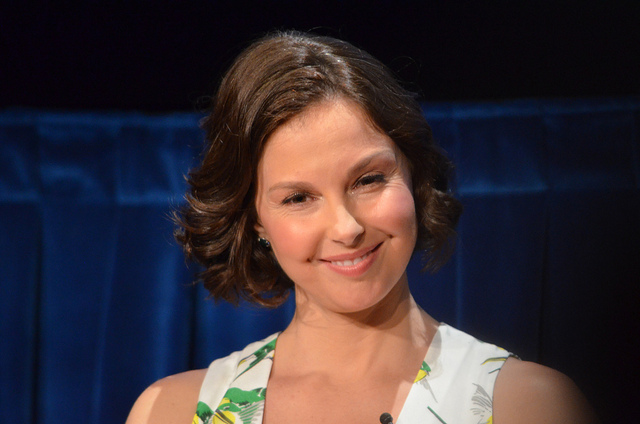 For the second time in one week, a celebrity has hopped on the bandwagon of a frightening trend of comparing the election of Donald Trump to being raped. First, there was director and comedian Judd Apatow who said during a comedy set, “When Trump was first elected, it felt like we were about to be raped, but we weren’t sure how bad it would be.” Hilarious.

Not to be outdone, Actress Ashley Judd, while donning the “Pussy Hat” beloved by feminists, explained in a video for the Huffington Post that the election of President Trump was traumatizing and “worse than rape,” especially when she found out that male members of her family had voted for him.

“I’m a rape survivor and survivor of incest, and I lived alone for two years as a child in two different states, so there’s a lot back there, and of course it’s informed in an impossible to overstate ways my resilience,” she said. “But my conviction, based on my personal experience, is that the new guy is a sexual predator. And the fact that there were adult men in my family – who failed to protect me as a child – voted for him, was really re-traumatizing in saying, ‘You’re gonna put me out there again. And the idea that you would protect me has evaporated.’ And it was incredibly painful. Incredibly painful.” (RELATED:Read all the news Google is trying to hide from you at Censored.news)

She continues, “It remains for me the worst thing that has ever happened to me, in my lifetime,” she said. “Raped as a child – bad. Re-raped by a political system that ordains a clown – really bad.”

Comparing an election to rape, or implying that it is worst than rape is possibly one of the most reprehensible statements someone could make. We have a fair and democratic election process unlike many other countries in the world, and despite how upset one may feel that their candidate did not win does not give them the right to somehow correlate that to the traumatic experience faced by victims of rape.

Liberals bemoan that our society has created a “rape culture” that minimalizes the seriousness of sexual assault, yet when it serves their purpose, it’s one of the first things they use to describe something that contradicts their stance or beliefs. Comparing rape to trivial experiences is horrible and wrong and needs to stop. Donald Trump will not always be President, but the scars of victimization as a result of sexual assault never go away.