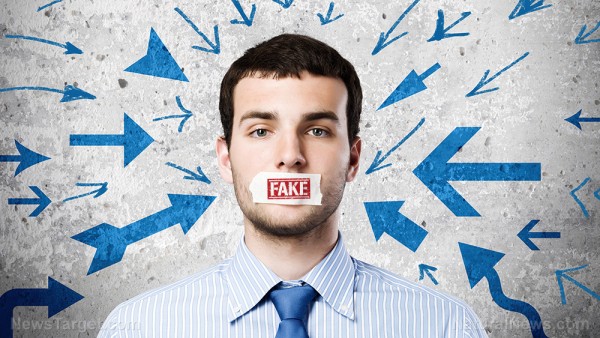 We’ve been hearing a lot about “fake news” over the past few months, but unfortunately, a great deal of what has been published regarding the subject also happens to qualify as such.

There’s no question that fake news exists and that it can cause real problems (consider, for example, the fake news incident that nearly pushed Pakistan and Israel to the brink of nuclear war in December 2016), but are the self-appointed “fake news checkers” relied on by Facebook and others to separate falsehood from fact really qualified to take on the job and perform it in an unbiased manner?

“The websites often show an obvious bias against conservative-leaning outlets. And many fail to include clear explanations of the criteria they use for determining whether a news site is legitimate. Other ‘experts’ offer little or no biographical information establishing their qualifications for making judgments about journalism quality.”

In other words, the fake news checker sites are often little more than fakes themselves, run by an assortment of kooky liberals, sexual deviants and paid globalist shills. And no, I’m not exaggerating. …

Pigscast – Founded by gamer Will Healy, Pigscast.com (“Pigs” is short for Politics, Internet Gaming and Sports) recently published a chart categorizing news organizations in terms of their political biases:

“Healy labeled WND, the Drudge Report, the Blaze, Accuracy in Media, the Family Research Council, Breitbart and other organizations as ‘Garbage Right (Not Worth It).’

“However, Healy considers the following to be ‘Neutral (What Journalism Should Be)’: Reuters, USA Today, the Texas Tribune, Financial Times, Associated Press, C-SPAN and the Economist. Even NPR is located partially in the “neutral” category on his chart.”

When pressed to supply a basis for his analysis, Healy replied: “[M]ost of this was from mediabiasfactcheck.com but note this is just the first draft. I plan on a final version later.”

Media Bias Fact Check – The website MediaBiasFactCheck.com touts itself as being “the most comprehensive media bias resource in the Internet,” yet its founder, Dave Van Zandt from North Carolina, appears to have little or no background in journalism.

In fact, it’s unclear whether Van Zandt or his three unpaid volunteer assistants have any particular credentials that would qualify them to judge the accuracy or bias of news sources.

Snopes.com – One of the most well-known fake news checker websites, Snopes.com has some interesting skeletons rattling around in its own closet. Despite its popularity, Snopes has been called out many times for its obvious liberal bias, and the personal lives of its founders and some of its primary fact-checkers are enough to raise some serious eyebrows:

“One of Snopes’ leading fact-checkers is a former sex-and-fetish blogger who described her routine as smoking pot and posting to Snopes.com, and the company now is embroiled in a legal dispute between its former married founders that includes accusations the CEO used company money for prostitutes.”

Other fake news checkers on Schilling’s list include the International Fact-Checking Network, or IFCN, an organization “funded, in part, by Google and foundations of leftist billionaires George Soros and Bill Gates,” and assistant professor Melissa Zimdars, “a 30-something self-identified feminist and activist who has expressed great dislike for President Donald Trump and Vice President Mike Pence.”

Are these entities really to be entrusted with the task of evaluating what constitutes “fake news”?

Nearly all of these self-appointed guardians of the truth have shown a strong propensity towards labeling anything that falls outside mainstream media – or that happens to contradict their own liberal opinions – as “fake news.” In other words, they are practicing censorship, but few have the cojones these days to call them out for it.

Is that any way to run a free press?