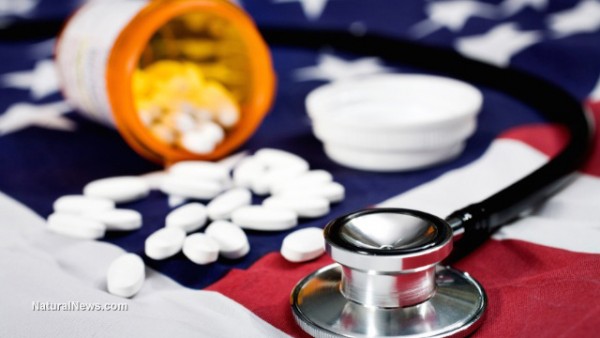 America’s opioid epidemic has hit a new low, as VA hospitals across the country are reporting a stark increase in opioid theft, missing prescriptions and unauthorized use of the drugs by employees since 2009, according to a new report from The Associated Press. Federal officials are launching more thorough investigations at Department of Veterans Affairs hospitals in an effort to quell the theft and misuse.

Prescriptions intended for patients have “disappeared,” and doctors, nurses or other pharmacy staff have reportedly been pocketing the controlled substances for personal use, as well as street sale. The street value of opioids can be as high as $80 per pill, depending on the brand.

Apparently, some VA hospitals have been rather lax in their tracking of drug supplies — allowing the problem of “disappearing” drugs to grow even worse. Congressional auditors have even reported that spot checks uncovered four VA hospitals that had failed to conduct monthly inspections of drug stocks, or had not met other requirements. According to investigators, these findings indicate problems across the entire VA network.

The Associated Press reports, “Both the inspector general’s office and the Drug Enforcement Administration say they have increased scrutiny of drug thefts from the VA.”

According to Real Clear Defense, there are some 100 criminal probes currently open that are related to stolen medication at VA hospitals. One of the most concerning aspects of this growing problem is the fact that veterans are often not receiving necessary medication.

The Daily Caller reports that a Hepatitis C-infected VA employee from Baltimore admitted to shooting up with fentanyl — an opioid-based painkiller — with syringes that were intended for patients going into surgery. The employee says that after using the fentanyl, he refilled the syringes with saline and used the dirty needles on patients — infecting a number of people with the disease.

Another veteran at a pain management clinic was denied the morphine he needed to treat a leg amputation because their supplies had been depleted. NBC News reports that the doctor who blew the whistle on the facility, Dr. Dale Klein, claims that he faced retaliation after voicing his concerns about the disappearing medication to his superiors.

In some instances, VA employees are stealing drugs for personal use, thanks to the ever-present opioid epidemic rampaging across the nation. In other incidents, employees are stealing the drugs in order to profit from the high street value associated with opioids. In Little Rock, AR, a group of employees was arrested for conspiring to steal large quantities of several prescription drugs. One employee used the web portal of a medical supplier to order a shipment of 4,000 oxycodone pills and another 3,300 hydrocodone pills. The street value would have come to about $160,000.

Because taxpayer dollars pay for veteran care, these people are not just stealing from veterans — they are essentially stealing from every tax-paying citizen in the United States. The Government Accountability Office reported in 2015 that the VA system has become “high risk” for taxpayers — and theft like this is likely to be a part of the problem. Indeed, the report identified 32 different “high risk” areas that could cause budget problems — waste, fraud, mismanagement and other structural flaws were among them.

The VA has been subject to numerous scandals in the last few years: employee abuse of drugs and drug access is only one of many issues in the broken VA system. While drug theft has been a growing problem in hospitals nationwide, the VA owes it to our veterans to curb this issue before it gets even worse.

Joe Davis, a spokesman for Veterans of Foreign Wars, told the Associated Press, “Those VA employees who are entrusted with serving our nation’s wounded, ill and injured veterans must be held to a higher standard.”