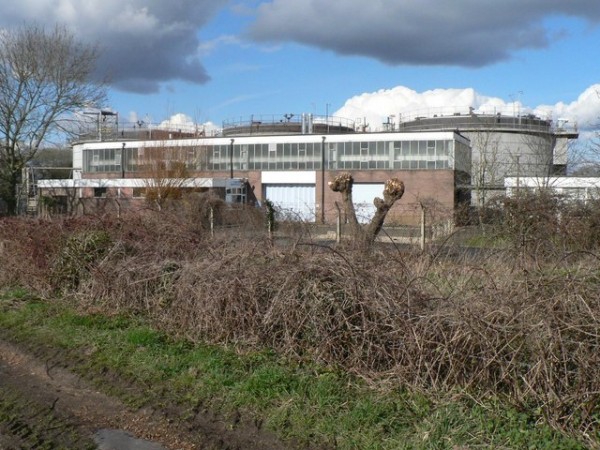 It was after reading the book, Science for sale: How the US government uses powerful corporations and leading universities to support government policies, silence top scientists, jeopardize our health, and protect corporate profits, by David Lewis, Ph.D., that Mike Adams, the founder/editor of Natural News first started looking into an issue which Lewis has been speaking out against for two decades: biosludge.

What is biosludge, you ask? Biosludge (which conjures up visuals most people would probably rather never have to think about), is what’s left over after you flush the toilet and the “proceeds” settle at a wastewater treatment plant. This sludge is then minimally treated and given a brand-new name: biosolids. Biosolids are then sold as organic fertilizer for use on farms, playgrounds, parks and other public areas. (RELATED: Now that you know what biosludge and biosolids are, stay in the know with the latest developments at Biosludge.news)

The EPA, tricky as they are, would have you believe that the use of biosolids is a really good thing because it minimizes the use of chemical fertilizers (which they don’t have a problem with, anyway). The EPA’s website also quotes the National Academy of Sciences as saying, “The use of these materials in the production of crops for human consumption when practiced in accordance with existing federal guidelines and regulations, presents negligible risk to the consumer, to crop production and to the environment.”

Now, negligible means that something is so unimportant that it’s not worth even considering. Is this really true of biosolids? (RELATED: What other “negligible” damage to people and the environment is escaping the attention of most people? Find out at Environ.news)

Mother Earth News recently interviewed David Lewis, the author of the book that first caught Mike Adams’ attention. Dr. Lewis was formerly a senior microbiologist at EPA-ORD but was fired after publishing two articles in the journal Nature which questioned the safety of using biosolids.

The “existing federal guidelines and regulations” referenced by the National Academy of Sciences likely refer to the EPA’s Part 503 rule which regulates all things biosludge. The Academy insists that this rule is enough to ensure the safety of biosolids, but as Dr. Lewis pointed out in his interview, the 503 rule only regulates nine of the 27 heavy metals found in biosludge, while not regulating any toxic organic chemicals at all. These pollutants include endocrine disruptors, pesticides and the medications flushed down the loo by millions of Americans, among other things.

The EPA hides behind what it considers to be a lack of scientific evidence linking biosolids to any sort of harm. However, as Dr. Lewis pointed out, it has been proven that when the same chemicals in biosolids contaminate either air or water, they cause cancer and birth defects, as well as neurological and immune damage. What type of logic would lead an agency entrusted with protecting the environment to accept that this would suddenly not apply when it is soil that is being contaminated?

Interestingly (and disturbingly), the EPA’s explanation is … magic!

As explained by Dr. Alan Rubin of the EPA’s Office of Water:

Though that explanation is likely to make you want to roll in the aisles laughing, the fact is that the use of biosolids is no laughing matter. Be sure to watch Adams’ riveting new documentary, Biosludged, due for release later this year. You certainly won’t get the truth from the agency sworn to protect our environment, but scientists like Adams and Lewis are exposing this money-making racket for what it is.