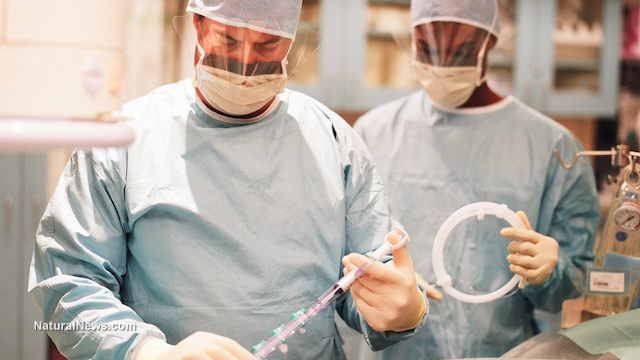 During a cardiac emergency, the sudden stoppage of blood flow puts severe stress on the rest of the body. During a cardiac arrest, valuable oxygen and nutrients are cut off. The real damage occurs when the person is revived and the blood flow returns. The quick influx of blood flow often causes injury to the ischemia region of the brain. This secondary damage is referred to as ischemia/reperfusion injury. The result is severe oxidation damage that can trigger neurons to die off.

Chinese researchers from the Fudan University in Shanghai have found a way to protect against this oxidative damage and prevent the neurons from dying off. For the first time, researchers have shown that cannabidiol (CBDs) can protect against brain ischemia/reperfusion injury. Cannabidiol is one of the many cannabinoids found in the controversial cannabis sativa plant. An extract of cannabis contains at least 40 percent cannabidiol. This active ingredient may soon be used as an extract in hospital emergency rooms to prevent brain damage following heart attack or stroke.

Cardiac specialist, Dr. Sean McCormick, believes CBDs will soon be used as emergency medicine. “CBD treatments will most certainly exist in emergency rooms for stroke and cardiac patients in the future,” he said. “Not only will CBD extracts prevent inflammatory damage, but they may also heal existing damage.” (RELATED: For more news on the healing properties of cannabidiol, check out CBDs.News)

The Chinese researchers commented that CBDs could have medicinal applications for all sorts of neurological conditions. “Increasing evidence indicates that CBD is a molecule with potentially neuroprotective properties that can be used to treat neurodegenerative disorders,” they wrote. They said that CBDs also exhibit anti-inflammatory, anxiolytic, and immunomodulatory effects, which have been demonstrated in vivo and in vitro.

The key was found in the way CBD alleviates oxidative stress, by boosting the energy production of the mitochondria. It did so by activating the pentose-phosphate pathway of the neuron cells, which bolstered energy homeostasis of the cells. Writing in the journal Redox Biology, the researchers said, “We found that CBD significantly improved basal respiration, ATP-linked oxygen consumption rate, and the spare respiratory capacity, and augmented glucose consumption in OGD/R-injured neurons.”

They concluded, “We propose, for the first time, that CBD stimulates glucose metabolism through the pentose-phosphate pathway to maintain the redox balance and energy conservation during neuronal ischemia/reperfusion injury.”

Science continues to support the medicinal properties of cannabis. Cannabis contains over 100 cannabinoids that are begging to be explored. Cannabidiol proves to be both anti-inflammatory and neuroprotective. It could be of great benefit to many. CBDs are an intelligent design that interact with receptors and cells to allow the body to self-heal. Real medicine is synthesized in nature and cannabis continues to unleash its healing properties. Emergency rooms can easily embrace CBDs for an easy and effective way to protect patients from the brain damage that often follows cardiac events. (RELATED: For more reports on the health benefits of cannabis, check out CannabisCures.News)