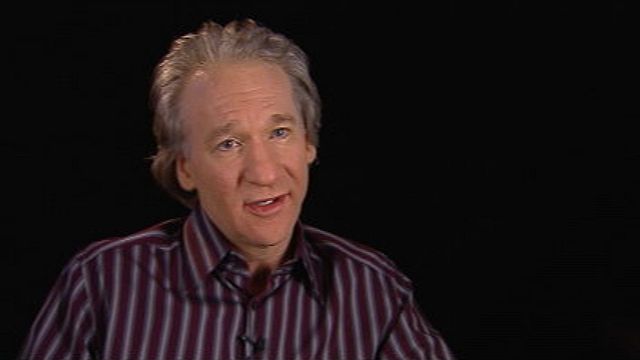 Breitbart editor Milo Yiannopoulos has already stirred up controversy on an upcoming episode of HBO’s Real Time with Bill Maher before even appearing on it.

Jeremy Scahill, a journalist and co-founder of The Intercept, who is a regular guest on Maher’s show, canceled his booking as a panelist on the episode citing his moral objections to Yiannopoulos.

In a tweet, Scahill wrote that Milo “has ample venues to spew his hateful diatribes,” adding:

“There is no value in debating him. Appearing on Real Time will provide Yiannopoulos with a large, important platform to openly advocate his racist, anti-immigrant campaign. …  Yiannopoulos’s appearance could also be used to incite violence against immigrants, transgender people, and others at a time when the Trump Administration is already seeking to formalize a war against some of the most vulnerable people in our society. … I cannot participate in an event that will give a platform to such a person.”

Why I will not appear this week on Real Time with Bill Maher. pic.twitter.com/SOoE3udrDr

In an interview with Entertainment Weekly, Maher addressed Scahill’s assertion that he is anti-Muslim and noted that, “Liberals will continue to lose elections as long as they follow the example of people like Mr. Scahill”:

My comments on Islam have never veered into vitriol. Liberals will continue to lose elections as long as they follow the example of people like Mr. Scahill whose views veer into fantasy and away from bedrock liberal principles like equality of women, respect for minorities, separation of religion and state, and free speech. If Mr. Yiannopoulos is indeed the monster Scahill claims — and he might be — nothing could serve the liberal cause better than having him exposed on Friday night.

The episode is scheduled to air on Friday at 7pm on HBO. Scahill’s replacement on the panel will be MSNBC terrorism analyst Malcolm Nance.

As EW pointed out,

Scahill isn’t the first person to take issue with the way Maher discusses Muslims. During one episode, Ben Affleck attacked the host and panelist Sam Harris for their “racist” comments about the religion. (Harris called Islam “the mother lode of bad ideas.”)

Click below for the heated debate that went viral: