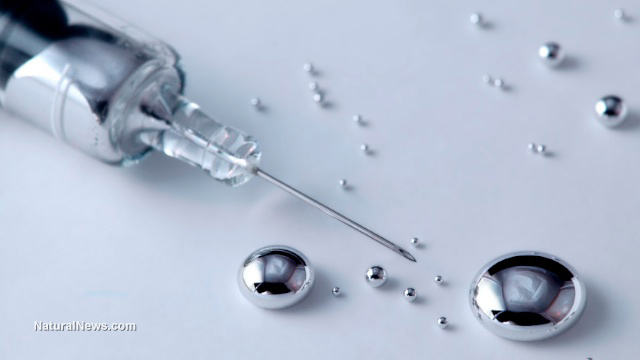 For those who want to inject children with the brain damaging heavy metal mercury, I say, “Drink it yourself first!”

Now that Robert F. Kennedy Jr. has announced his $100,000 Thimerosal challenge — which the entire “fake news” mainstream media promptly blacklisted — I thought I would up the ante just a bit and challenge mercury vaccine pushers to demonstrate their claimed vaccine “safety” in a more dramatic way: DRINK MERCURY to prove it’s “safe.”

If ethylmercury is as safe as these toxic vaccine pushers claim it to be, they should be happy to drink a large volume of it and “prove” that it’s safe to inject into children, right? In fact, mercury vaccine pushers claim that ethylmercury is completely harmless and carries zero risk of neurological side effects, despite the CDC’s own research that completely debunks the false narrative, showing the heavy metal is incredibly dangerous to infant neurology. Yes, it’s still used in tens of millions of vaccines given to children each year in America.

“This scientific paper is the one of most important pieces of research to come out of the CDC in a decade,” Paul Thomas, M.D., a Dartmouth-trained pediatrician who has been practicing medicine for 30 years, said. “It confirms what so many already suspected: that public health officials have been making a terrible mistake in recommending that we expose babies and pregnant women to this neurotoxin. I regret to say that I gave these shots to children. The CDC led us all to believe that it was perfectly safe.”

Now, I challenge mercury vaccine pushers to simply drink a liter of the mercury of their choice and either prove it’s safe… or not.

I personally consume all the nutrients and superfoods I recommend… so why won’t mercury vaccine pushers consume the vaccines they want to forcibly inject into children?

(To those who say it’s irresponsible to encourage ignorant doctors to drink mercury, my obvious response is: If it’s not safe for doctors to drink, how can it be safe for them to inject into children?)