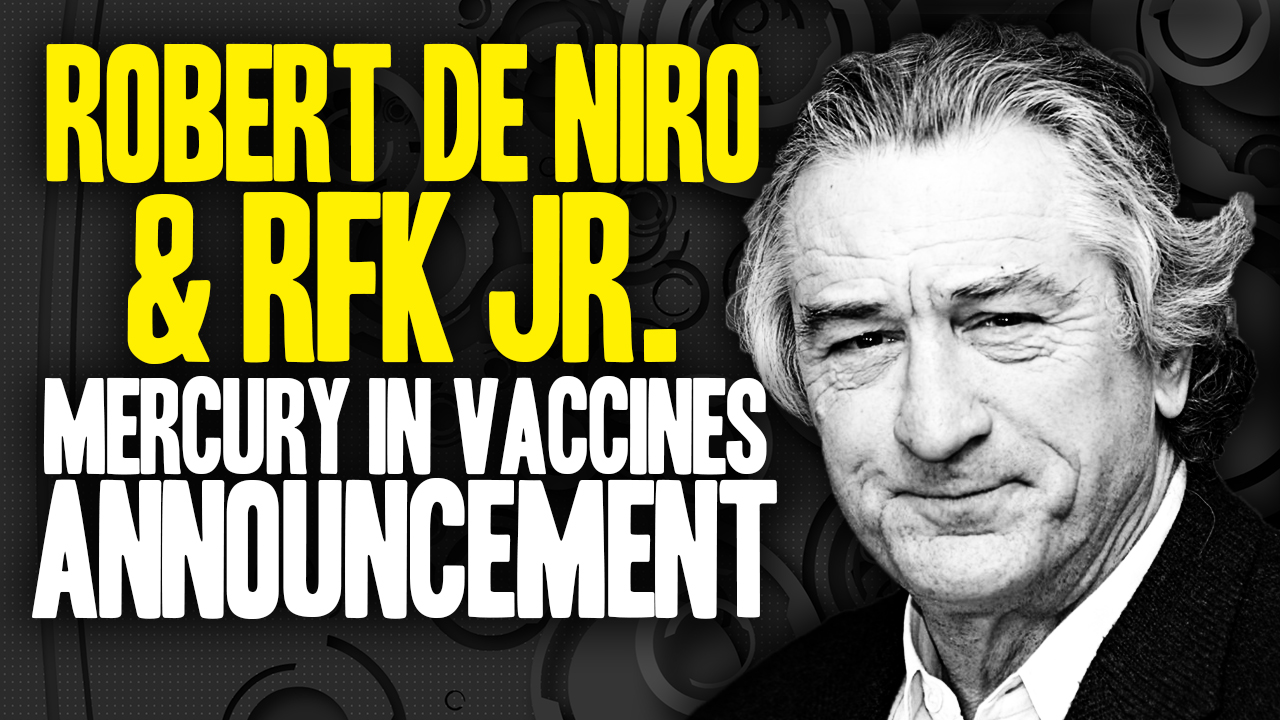 Natural News has been in touch with the World Mercury Project about the upcoming “challenge” to be announced tomorrow, and it’s going to be a bombshell.

Watch for vaccine pushing media presstitutes to go insane with their delusional attacks on Kennedy and De Niro.

The entire mainstream media (i.e. the “fake news” apparatus) is controlled by the vaccine industry, and media reporters have become mercury denialists whose rejection of the Periodic Table of Elements smacks as the most insane anti-science denialism ever witnessed in human history.

RFK Jr. and Robert De Niro are about to rip mercury denialism to shreds and expose the lies, fake science and medical quackery of the entire vaccine industry.

I’ve got two Health Ranger Report podcasts covering all this below. Click PLAY on any of the SoundCloud, Vimeo or YouTube links below: