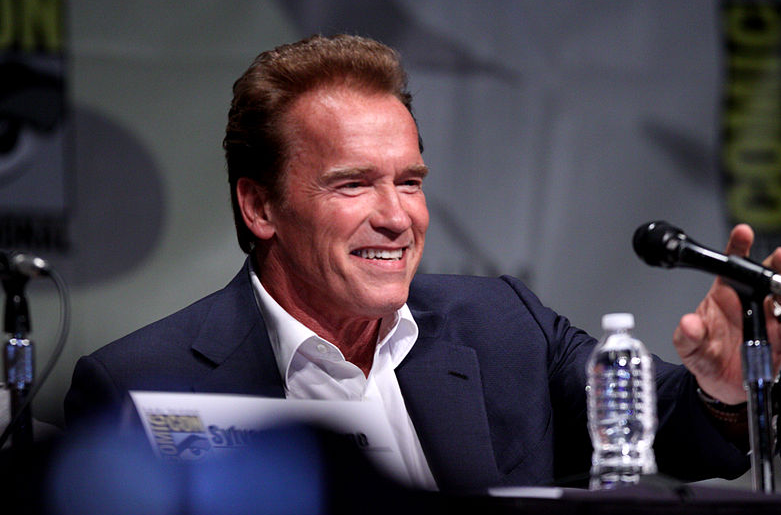 No one can question actor and former California Gov. Arnold Schwarzenegger’s love for the United States. After emigrating to the U.S. from Austria as a young man, eventually becoming a citizen, he managed to amass a fortune through hard work as a bodybuilder, then as a star in Hollywood, and eventually found his way to the governor’s mansion of the country’s most populous state as a Republican.

But the current star of “Celebrity Apprentice,” which he took over from Trump, is wrong in his characterization of President Donald Trump’s executive order banning travel to the U.S. from seven failed or failing countries previously identified as harbingers of terrorism.

In an interview with the magazine Extra, Schwarzenegger said Trumps executive action in ordering the travel ban “makes us look stupid,” The Hill reported.

Schwarzenegger – who at one time had some pretty solid bonafides as a Republican but lost most of them during his gubernatorial tenure in the country’s most Alt-Left state – did not vote for Trump; he was a Kasich supporter (another RINO). (RELATED: Find out what other Hollywood and entertainment stars are up to at CelebrityReputation.com)

“I know what he’s trying to accomplish — his fear about people coming in from other places, causing harm to the country,” he said in late January. “There is another way to going about it to do it the right way and accomplish all of the goals. I think they were hasty with it.”

“I think the real problem is that it was vetted badly. If they would run this by the Justice Department and Homeland Security and had the lawyers really study and focus on it and give it some time to do it the right way,” Schwarzenegger added.

The Hill also claimed in its story that according to “reports” Trump did not run his executive order by the Justice Department or the Department of Homeland Security.

Turns out that’s false. In a statement to the media Jan. 31, White House spokesman Sean Spicer explicitly said the order had been vetted by the Justice Department’s Office of Legal Counsel.

As for DHS, it’s unclear why The Hill and the former bodybuilding star think that agency has a role in determining national security policy; if anything, it would have been more appropriate to vet the order through the State Department. DHS’ role is to enforce the order, not be in on the process of approving it.

But the overall point is clear: Like so many others who will never support Trump no matter what he does, Schwarzenegger is letting his personal opinion of him get in the way of logic and reason. Schwarzenegger – not a stupid man – should know better; as the former chief executive of the country’s biggest state, he knows there are decisions that have to be made that are in the best interests of the public, even if those decisions are unpopular to a segment of the public.

That’s all Trump’s order sought to do – provide the American people with better protection from potential acts of terrorism, including Americans who don’t like him much. Including The Terminator.

Political opposition and the ability to express it so important to our founding fathers they ensured that the Constitution’s very first amendment recognized both as inalienable rights that no one – and no government, especially – could or should take away. (RELATED: Find out how much the Constitution still matters at Conservative.news)

But opposing Trump just because is not a good reason; he was lawfully elected president and, as president, he has constitutional and statutory authority to issue the very order he issued.

Opposing him just because is what makes us look stupid, especially to enemies who are set to exploit irrational and improper federal court orders that seek to tie the president’s hands.

He might think he’s trying to play the role of moderate mediator, but honestly, we can now add Arnold Schwarzenegger to the list of groups and federal judges aiding and abetting our terrorist enemies by their actions, just because they don’t like the guy in the White House.