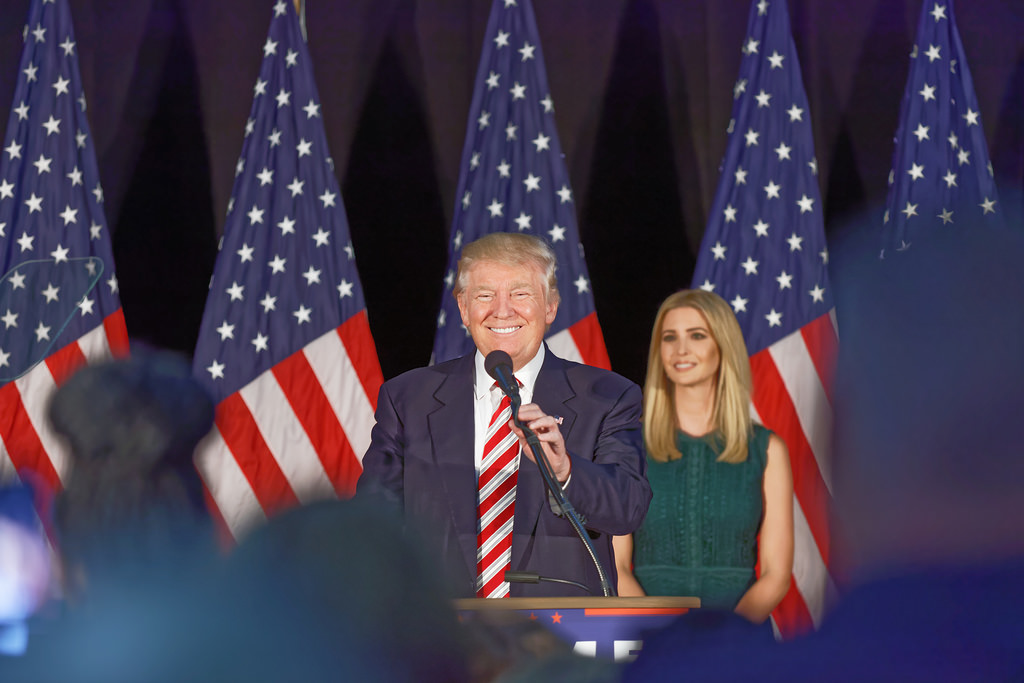 Oh, the predictions of angry Left-wing media sycophants who have sold their souls to the Democratic Party, which – thanks to successive electoral trouncings in the Age of Obama – has become little more than a fractious, regional entity.

It is apparent that the longer President Donald Trump is in office, the more unhinged these people will become. Let’s face it, they just can’t come to grips with the fact that their candidate was so compromised, so thoroughly corrupt and so incredibly uninspiring she was trounced in an electoral landslide by a billionaire businessman and former reality TV host. Delicious!

It’s that shame and utter embarrassment – remember, most of these geniuses laughingly wrote Trump off early on and predicted he would also lead to the demise of the Republican Party – that drives their anger now. Frankly, it’s quite comical to observe. (RELATED: Conservatism is alive and well – discover the truth at Conservative.news)

The hate is especially pervasive at the discredited establishment press, who outed themselves as fake news factories during the recently concluded election cycle and have only ratcheted up their anti-Trump hate since he took office.

The Washington Post’s Kathleen Parker is emblematic of the anguish-induced mental breakdown of the Left: A recent piece of hers is so detached from reality that you have to wonder if some alien entity from another planet wrote it.

Salivating over the fiction that Trump will be out in two years, maybe less, for alleged ethical, constitutional, and psychological reasons, Parker, with a straight face, writes that Americans will be so sick of Trump and Republicans that, in 2018, voters will sweep Democrats back into power in Congress, where they will summarily impeach Trump if he’s still around.

There’s more. She actually takes Trump to task for defending his daughter, Ivanka, from the company Nordstrom, which in a fit of politically motivated rage, just decided to drop her fashion line. The store chain is certainly free to do that, but expecting a president father to sit there and take it is absurd. Heck, when Obama wanted to insert himself into an issue, he would make up children to defend (“If I had a son, he’d look just like Trayvon”).

Parker also tried to use what was clearly a pre-planned “protest” of a town hall meeting held by Rep. Jason Chaffetz, R-Utah, to ‘prove’ there is widespread discontent to Trump and his conservative/Republican agenda. Understand that Chaffetz won his district by nearly 50 points, but now suddenly we’re supposed to believe there is so much hate and discontent for him just two months later, and over the repeal of Obamacare, of all things (a new Harvard Kennedy School of Government poll reaffirms most Americans do not like it and want it repealed). Given that Soros money has been spread around to groups protesting Republicans all over the country, Parker’s reliance on these new town hall protests as “evidence” of a “groundswell of opposition” to the president is comical.

Parker even tried to make the argument that Trump has assaulted civil liberties, open government and religious freedom. It was hard to hold back the laughter at this point.

She doesn’t seem to get it that enforcing immigration laws is not a violation of “civil rights,” considering that people who are in our country illegally don’t have the same rights as Americans.

That she mentions “Trump” and “open government” in the same sentence is a sick joke after eight years of the least transparent government in the history of the country under Obama, as one of Parker’s own colleagues at the Post has even said.

And “religious freedom?” Please. Stop it. My sides are aching. The anti-religious Left has waged war against Christians in their own nation for decades, culminating in recent months with attacks on governors like Mike Pence, he of recent vice presidential fame, for signing legislation guaranteeing religious freedom. Of course, Parker’s ham-fisted attempt to paint the president as an enemy of religious freedom is tied to his executive order banning travel to the U.S. from seven failed or failing countries even the Obama administration identified as being rife with terrorists and terrorism. Hey Kathleen – that’s not a Muslim ban Trump issued, else it would apply to all “Muslim-dominated” countries, where 90 percent of the rest of the Muslim population lives. Don’t you feel dumb? You should.

No, Trump’s disputed executive order is a ban on potential terrorists even the Syrian president acknowledges are real. Granted, not all Muslims are terrorists, but aside from the Soros-paid thugs beating people up and burning private property in the U.S., did you ever notice how nearly all terrorists are Muslims? (RELATED: Stay up with all of the latest in domestic unrest at Terrorism.news)

The angry Left, America’s newest hate group, will continue kicking and screaming against Trump into further irrelevance. The amazing thing is most of them aren’t even smart enough to figure out why they keep losing elections – to candidates like Trump.

Parker may be part of the cool kids club in sequestered D.C., but it’s obvious she doesn’t have a clue about Trump, his base of support, and why nobodies like her are no longer relevant.