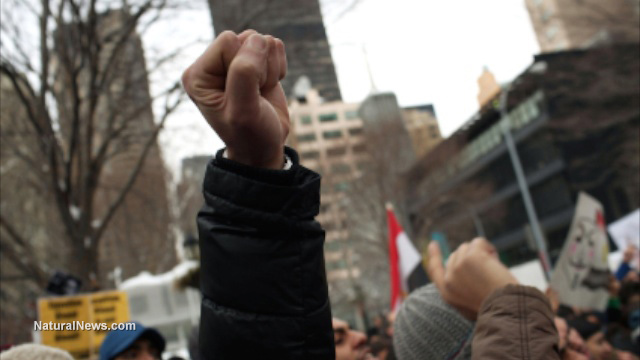 Citizens in Romania apparently want to drain the swamp, too.

Every night for almost two weeks, some 250,000-plus people have shown up in Bucharest, the capital, to protest the policies of the left-wing government, the second-largest protests since the toppling of communist dictator Nicolae Ceausescu.

Prompting the demonstrators to take to the streets was an “emergency” executive order by placeholder Prime Minister Sorin Grindeanu and his ruling Social Democrats (known as the PSD) to weaken anti-corruption laws.

As a result of the mass protests against the government scheme they tried to sneak though, PSD leaders withdraw a decree scheduled to go into effect on February 10 that would have permitted bribes to officials of up to about $50,000 in U.S. dollars, according to the Free Thought Project.

“Officially, the measure is supposed to prevent ‘prison overcrowding’…But critics allege that the government is now using the overcrowding to justify pardoning its own political allies,” the Washington Post explained before the Romanian decree was dropped. (RELATED: Read more about government overreach at BigGovernment.news.)

Decriminalizing public corruption could also be a ploy to put PSD party leader Liviu Dragnea, who is serving a two-year suspended sentence for election fraud and is under investigation for other alleged misconduct, back in power, the Free Thought Project, along with various other news agencies, suggested.

The official who prepared the decree, Justice Minister Florin Lordache, has stepped down from his post, while at the same time insisting that the bill was legal, the BBC reported.

Elected in December 2016, the PSD-controlled government, which survived a no-confidence vote in the legislature this week, now plans to rewrite the law and submit it to parliament rather than try to use the Obama technique of circumventing lawmakers a second time. (RELATED: Read more about political news at NewsTarget.com.)

Romania’s ceremonial president Klaus Iohannis, who was elected by direct vote in 2014, scolded the PSD for trying to push through the controversial decree in a country that has a reputation for rampant corruption owing to its communist legacy.

“Romania needs a strong government which works transparently, which governs predictably, in the light of day, not hiding at night. Make good laws for Romania, not for a group of politicians with problems,” Iohannis said, according to Euronews.

Iohannis has not called for new elections, however, which is permissible in a parliamentary system if or when things go sideways. The PSD won in December with 45 percent of the vote and formed a coalition with several smaller parties.

Since 2013, Romania’s Anti-Corruption Directorate prosecutors have stepped up their investigations of government malfeasance.