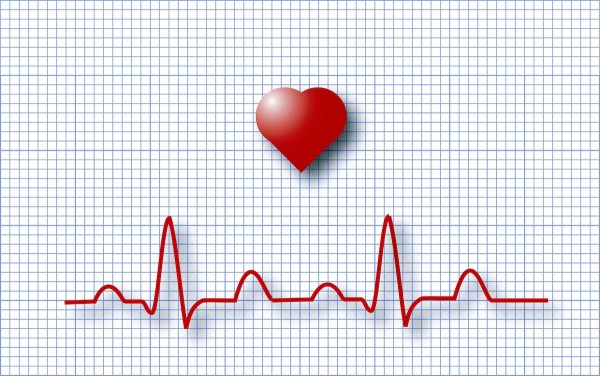 Nearly 3 million people in the United States may carry genes that place them at risk of sudden cardiac death.

On January 30, the British Heart Foundation released the results of new research on the prevalence of “inherited heart conditions” — heart defects that are passed on from parent to child. Many of these defects are carried by dominant genes, meaning that a parent has a 50 percent chance of passing it on.

The new figures estimate that 620,000 people in the United Kingdom may have undiagnosed inherited heart conditions. If these conditions occur at the same proportions in the United States, the number here would be 2.9 million.

The heart foundation warned that because there is no systematic screening for inherited heart conditions, many people remain unaware that they have the condition until their hearts abruptly stop beating. Most cases of sudden cardiac death occur before the age of 35.

“The reality is that there are hundreds of thousands of people across the UK who are unaware that they could be at risk of sudden death,” said Nilesh Samani, medical director at the British Heart Foundation. “If undetected and untreated, inherited heart conditions can be deadly and they continue to devastate families, often by taking away loved ones without warning. We urgently need to fund more research to better understand these heart conditions, make more discoveries, develop new treatments and save more lives.”

Inherited heart conditions often make the news when the person affected is an athlete. In 2012, for example, British soccer player Fabrice Muamba, 23, collapsed on the playing field. His heart was stopped for 78 minutes, but doctors were able to save his life. A diagnosis of an inherited heart condition followed: hypertrophic cardiomyopathy. The same condition (caused by a dominant genetic defect) killed Miles Frost, son of broadcaster Sir David Frost, in 2015. Miles Frost was only 31, and did not know that his father had suffered from the condition.

There is a great variety and diversity of inherited heart conditions, which can be caused by many unrelated genes. Some lead to weak or deformed heart muscle, while others cause abnormal heartbeat (arrhythmia). In 2016, a rare inherited arrhythmia forced the early retirement — at age 26 — of English cricket player, James Taylor.

The importance of screening

Experts emphasize the importance of screening for inherited heart conditions, as early detection can dramatically lengthen an affected person’s lifespan. Indeed, evidence suggests that inherited heart conditions are a significant cause of early death. For example, a 2009 study by researchers from the University of Amsterdam found that the defects were found in one-third of all families that had suffered the sudden, unexplained death of a first-degree relative younger than 50.

Based on their findings, the researchers suggested that the close kin of anyone dying under such conditions should be referred to specialized cardiogenetics departments for screening.

“If someone in your family has been diagnosed with or has died from what is suspected to be an inherited heart condition, you should speak to your GP or call our genetic information service for more information and support,” Samani said.

Other experts have suggested mandatory reporting of all cases of sudden cardiac death, in part to help identify at-risk relatives.

It can be hard to link sudden cardiac death to an inherited condition after the fact. In the Dutch study, nearly half of all unexplained cardiac deaths had been investigated by an autopsy, which came back inconclusive.