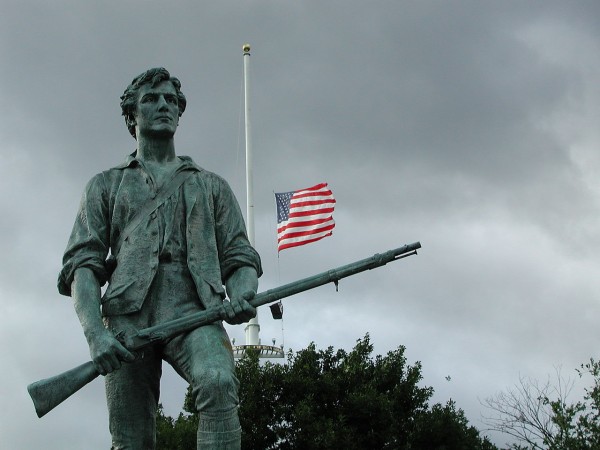 If Congress has its way, a Social Security Administration gun grab will be reversed.

In the waning days of the Obama administration, the SSA enacted a rule that could block some retirees or beneficiaries from purchasing firearms.

Mostly along party lines, the U.S. House of Representatives by a vote of 235–180 last week passed House Joint Resolution 40, which would revoke the SSA gun ban. The measure now goes to the Senate for consideration.

A federal agency regulation is subject to repeal under the Congressional Review Act if both chambers overturn it within 60 days of the rule going into effect and if the president agrees to sign the resolution of disapproval. As a gun rights supporter, President Trump is likely to approve the repeal if it reaches his desk. Pandering Democrats in the Senate will likely try to use parliamentary maneuvers to prevent that from happening, however.

The right of American citizens to keep and bear arms is protected by the Second Amendment to the U.S. Constitution. Although we often view gun ownership in the context of personal security or recreational activities, “2A” (in social media shorthand) is “a last-ditch means of self-defense against a tyrannical, corrupt government that refuses to abide by the will of the electorate,” Health Ranger Mike Adams, the founder of Natural News, reminds us. (RELATED: Read more about gun rights at Guns.news.)

To the casual observer, banning mentally ill people from owing guns sounds like a great idea. As is usually the case with lofty sounding government interventions, however, the regulation goes beyond that into a potential infringement of individual liberty. (RELATED: Read more about government overreach at BigGovernment.news)

A component of Obama’s gun control agenda following the Sandy Hook massacre but not finalized until December 2016, the SSA ban applies to those who have or need help managing their finances, which seems to be an expanded view of mental illness. All it apparently takes to show up on the SSA radar is for a person’s monthly benefits to be managed by someone else.

Parenthetically, there are many reported instances where senior citizens properly used licensed firearms to protect themselves from home invaders.

“Beneficiaries catch the SSA’s attention by having their checks sent to a third party for management and this results in an investigation into the mental status of the Social Security recipient. That investigation can result in a SSA ruling that certain beneficiaries are mentally defunct, thereby barring them from from firearm purchases,” Breitbart News asserted about the Obama gun control restriction.

It’s unclear how the SSA ban could have prevented the December 2012 tragedy in Newtown, Conn., or other horrific events like it.

Second Amendment advocates maintain that this is just another back-door gun grab. “Though such a ban would keep at least some people who pose a danger to themselves or others from owning guns, the strategy undoubtedly would also include numerous people who may just have a bad memory or difficulty balancing a checkbook, the critics argue,” the Los Angeles Times explained.

According to the National Rifle Association, Congress is not engaging in rolling back measures that protect public safety, contrary to how many fakestream media outlets portray it or will apparently portray it as the repeal moves forward. Persons diagnosed with mental illnesses can still be denied guns and still have to undergo background checks like every other firearms purchaser, the NRA insists.

“The basic issue presented by the rule was whether Obama’s SSA could, without any changes to the underlying laws, simply re-characterize some 75,000 people a year who have never been banned from owning firearms as suddenly banned,” the NRA added.