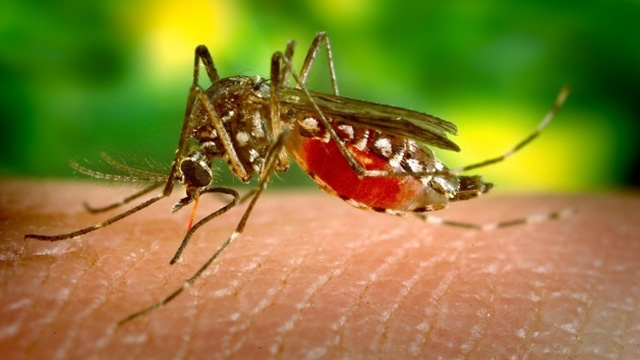 The recent case of four separate malaria patients in the United Kingdom suggests that multidrug-resistant malaria may be evolving faster than researchers had previously thought, according to a study conducted by researchers from the London School of Hygiene and Tropical Medicine and published in the journal Antimicrobial Agents and Chemotherapy.

The four patients, whose cases were unrelated to each other, all failed to recover when treated with a frontline malaria drug intended to combat even drug-resistant forms of the disease. It is believed to be the first documented failure of that particular malaria treatment. Because all four patients contracted malaria in Africa, the case also indicated the presence of multidrug-resistant malaria on that continent.

Previously, malaria resistant to frontline drugs has mostly been found in southeast Asia.

Malaria is considered a major global health concern. It is endemic to more than 100 countries, including large sections of Africa, the Americas, and Asia. In 2015, the World Health Organization (WHO) reports that 14 million people were infected with malaria and 438,000 died from it.

Most people who receive prompt treatment for malaria will recover fully. The disease is dangerous if left untreated however, which is why it is so deadly in countries with poor health systems.

The United Kingdom sees about 1,500 cases of malaria per year. In 2016, at least four of those patients suffered a recurrence of the disease within a month of treatment with the combination drug artemether-lumefantrine (AL). All four recurrences were severe enough to require hospitalization. After analyzing blood samples from the four patients, researchers confirmed that the malaria parasites involved showed resistance to AL.

AL is a form of artemisinin combination therapy (ACT), which is now the frontline treatment for malaria in many parts of the world. ACT consists of combining a drug in the artemisinin family (in this case, artemether) with a drug from another family in order to help bypass the growing problem of artemisinin-resistance.

“Frontline doctors should be alert to the possibility of artemisinin-based drugs failing, and assist with the collection of detailed information about specific travel destinations,” lead researcher Colin Sutherland said. “A concerted effort to monitor AL outcomes in U.K. malaria patients needs to be made. This will determine whether our front-line malaria treatment drug is under threat.”

All four patients recovered after being treated with other antimalarial drugs.

Experts have been warning for some time that malaria is developing resistance to ACT. A study in early 2016 confirmed for the first time that malaria in three separate provinces of Cambodia is resistant to the frontline ACT therapy used in that country (dihydroartemisinin-piperaquine).

As far back as 2013, the World Health Organization warned that efforts to contain artemisinin-resistant malaria were not stemming the spread of the problem. Even as containment efforts in Cambodia appeared to be working, multidrug-resistant malaria independently evolved in Thailand, Burma, and Vietnam.

“If history is any guide, if we were not to contain this problem, then it is very likely to spread elsewhere,” he said. “Especially risky is to sub-Saharan Africa, where the greatest burden still exists. And, if we were to lose the efficacy of the [frontline treatments] … today, this really would be a public health catastrophe in Africa,” said Robert Newman, director of the WHO’s Global Malaria Program.

The new study suggests that this catastrophe may already be taking shape. Notably, the four patients in the study had been infected in three different countries: Angola, Liberia, and Uganda.

A recent report by the British government’s Review on Antimicrobial Resistance predicted that by 2050, superbugs will kill 10 million people per year worldwide; more than cancer and diabetes put together. This was based on analysis of only six drug-resistant superbugs.

One of them was malaria.