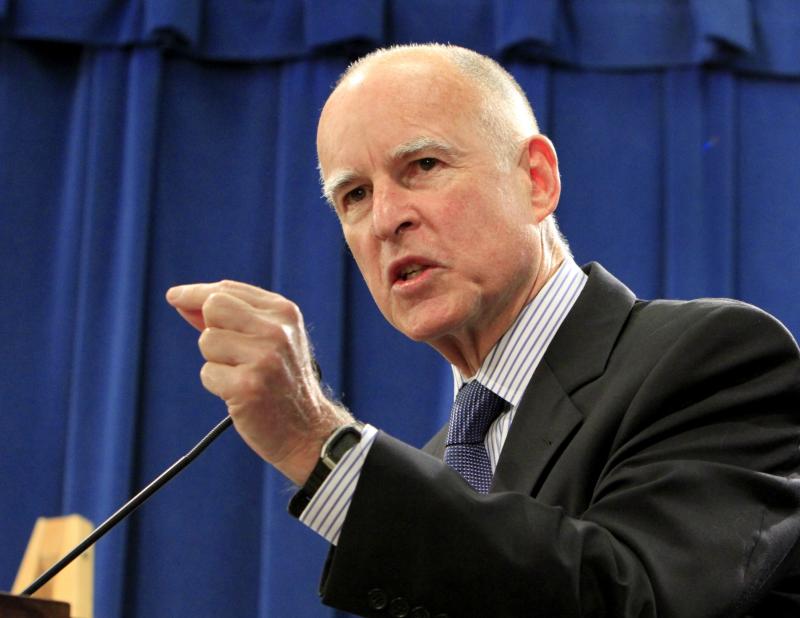 On Sunday during a pre-Super Bowl interview with Fox News’ Bill O’Reilly, President Donald J. Trump had a dire warning for statewide elected officials in California: Continuing to defy federal immigration laws by becoming a “sanctuary state” will cost you dearly.

As reported by McClatchy Papers, in a wide-ranging interview that included other topics like Russia, ISIS, and health care reform, O’Reilly asked the president his thoughts on the Golden State’s threat to expand individual cities’ policies not to hand over even criminal illegal aliens to federal immigration authorities to the entire state.

“I think it’s ridiculous. Sanctuary cities, as you know, I’m very much opposed to sanctuary cities. They breed crime, there’s a lot of problems,” Trump said.

Pressed by O’Reilly as to what Trump would do to force California to comply with federal law, he said defunding cities and even the entire state is “one weapon” he would consider.

Adding that his preference would be to not defund the state because he would like to give them “the money they need to properly operate,” state elected officials may leave him little choice.

“If they’re going to have sanctuary cities, we may have to do that. Certainly that would be a weapon,” he said. (RELATED: Track the illegal immigration issue at InvasionUSA.news)

Even more interesting is now that Trump is president, liberal elected officials are rediscovering the Constitution; L.A. Mayor Eric Garcetti thinks the 10th Amendment, which reserves certain powers to the states, will prevent Trump from withholding funding from any city or even the entire state.

Perhaps Garcetti should have taken a political science course or, if he did, he should get a refund. The amendment states:

The powers not delegated to the United States by the Constitution, nor prohibited by it to the states, are reserved to the states respectively, or to the people.

— Under Article VI, Sect. 2, which is generally referred to as the “Supremacy Clause,” the Constitution recognizes federal law as supreme over state and local laws;

— Under Article I, Sect. 8, Congress has the authority “to establish a uniform rule of naturalization…”

— U.S. Code: Title 8 – ALIENS AND NATIONALITY – this section governs federal immigration law and is explicitly within the authority of Congress.

In addition, there is recent legal precedent reaffirming Congress’ and the federal government’s supremacy over immigration law. In 2010, the state of Arizona passed immigration reform legislation that basically reaffirmed federal statutes, leading the Obama administration to file suit against the state in federal court. The reason? Washington is responsible for making immigration law. In 2012 the right-leaning U.S. Supreme Court agreed, nullifying most of the Arizona statute.

Game, set, and match for these idiot Leftists in California who think that just because their candidate didn’t win, they get to pick and choose what laws they want to obey.

Will that push the country into another civil war? It’s possible. (RELATED: What’s to become of our country if states secede? Keep up with events at Collapse.news)

The underlying cause of our first Civil War was slavery; the angry Left appears to be equating illegal immigrants to the same status that African Americans were afforded as slaves, and at least one state – California – appears ready to leave the union over it, Constitution and rule of law be damned.

The difference in the 1860s was that the institution of slavery did not comport with the Declaration’s “all men are created equal” clause and it was a moral outrage. But no one has a right, moral or otherwise, to emigrate to the United States illegally. The rules are in place for a reason, and most every other country has similar, if not stricter, rules.