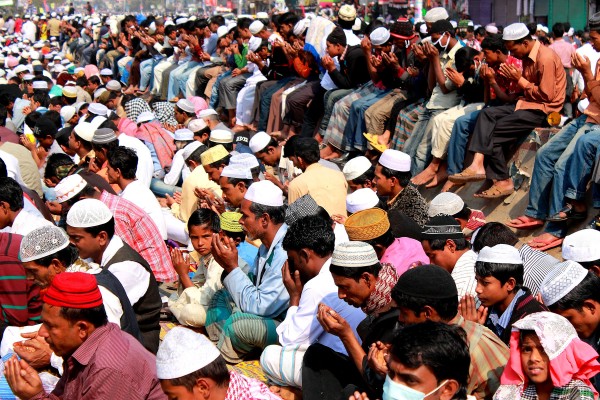 The things that the perpetually angry Left choose to either protest or support leave rational people shaking their heads in confusion. And that’s because liberalism is a mental disorder.

It would have to be, wouldn’t it, to support what you would call “fundamental human rights” on the one hand, then protest actions aimed at protecting those fundamental rights on the other, correct?

While governor of Indiana, Vice President Mike Pence signed a piece of legislation enshrining religious freedom into state law – something that should not have been necessary, given the Constitution’s existing First Amendment religious protections. The angry Left protested the law, claiming that it somehow legalized discrimination against the LGTB community. (RELATED: Are you freedoms under assault? Find out at Liberty.news)

The law did nothing of the sort, and Pence even said so at the time. “This bill is not about discrimination, and if I thought it legalized discrimination I would have vetoed it.”

So why did he sign it in the first place? Because Americans around the country actually had been discriminated against – due to their religious beliefs – and he wanted to provide Indianans with an extra state-level measure of protection. What’s even more ironic and hypocritical is that liberals, who claim to corner the market on “compassion,” “inclusion” and “tolerance,” were the ones persecuting people for practicing and observing their Christian faith.

The same groups of people who support the LGBT community and “women’s rights” are currently protesting an executive order issued by President Donald J. Trump that temporarily bans people from seven countries known to harbor or foment terrorism from coming into the United States.

“That’s not fair!” they shout. “That’s not who we are!” they bellow. “Refugees and migrants have rights!” they demand.

Yet, the people who are being defended by these angry, non-thinking liberals are adherents to a faith – Islam – that sanctions the persecution and killing of LGBT individuals and women.

— There are a dozen countries whose Islamic-centric governments kill people just for being gay or lesbian, as reported by The Advocate, a magazine for the gay community: Iran, Saudi Arabia, Sudan, Yemen, Nigeria, Somalia, Afghanistan, Pakistan, Iraq, Mauritania, the Islamic State (ISIS)-controlled territories in Syria and Iraq, and the United Arab Emirates.

— Reliably Left-leaning Politifact, in attempting to denigrate one-time GOP presidential nominee and current Trump Housing and Urban Development secretary, Ben Carson, in September 2015, had to really split hairs in order to down-rate his comment that no Muslim nations have rights for women or gays or protect freedom of religion. The ones with the best records – and none of the Muslim-dominated governments have what a rational person would consider a good one – are still poor in each of these areas.

— What’s also true is that in countries dominated by large Muslim majorities, there is virtually no religious freedom whatsoever; you’re either a Muslim or you’re shunned and/or killed. By comparison, there are plenty of Arab Muslims in Israel, but no Jews in the Arab world.

But none of this matters to the perpetually angry Left protesting Trump’s order; they see no hypocrisy, no irony and no problem at all advocating for the invasion of their country by people who don’t share the same values as their own. (RELATED: Stay up-to-date on how President Trump is defending your rights at Freedom.news)

Following Trump’s victory in November, far-Left liberals who tried to paint him as a misogynistic woman-hater were upset at all the women who voted for him, claiming they were “voting against their own interests.”