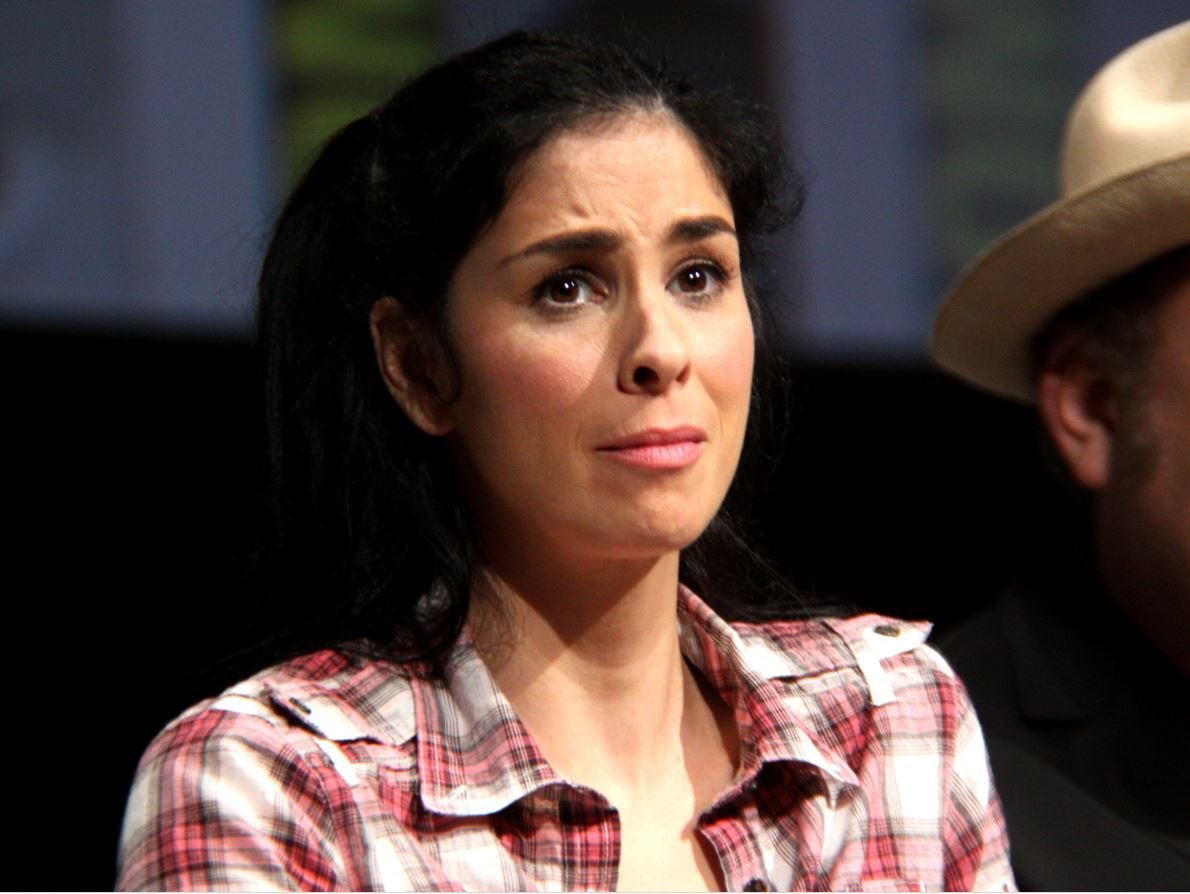 (Article by  Ashley Collman from Dailymail.co.uk)

‘WAKE UP & JOIN THE RESISTANCE. ONCE THE MILITARY IS W US FASCISTS GET OVERTHROWN. MAD KING & HIS HANDLERS GO BYE BYE,’ Silverman wrote.

Trump supporters and conservatives were quick to tear Silverman’s tweet to shreds, calling for her to be arrested for treason and even using anti-Semitic rhetoric against the Jewish stand-up comedian. 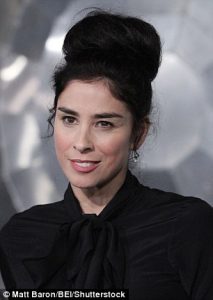 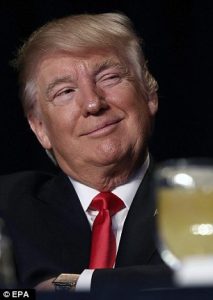 You are delusional. Military? Lol. You, your elitist friends, rioters & the convicts are going to wake a sleeping giant,’ one Twitter user wrote.

Another user called The Socratic Hippie wrote: ‘You’re fighting for a lost cause, Sarah. You’re practically giving Trump a second term, with your incendiary rhetoric.’

The riots that broke out in Berkeley Wednesday night were in response to a speech Breitbart editor Milo Yiannopoulos was scheduled to get at UC Berkeley.

Yiannopoulos, a 32-year-old right-wing provocateur, is a vocal supporter of Trump and a self-proclaimed internet troll whose comments have been criticized as racist, misogynist, anti-Muslim and white supremacist. He was banned from Twitter after leading a harassment campaign against ‘Ghostbusters’ actress Leslie Jones.

His visit to Berkeley was sponsored by the campus Republican club. The university has stressed it did not invite him and does not endorse his ideas but is committed to free speech.

But when protesters started smashing store windows in their march through town, the university called the speech off.

This morning, President Trump responded to the protests by threatening to cut the school’s federal funding. That would be a major blow to the nation’s education system, since Berkeley is the nation’s top-ranked public university.

During the presidential campaign, funnywoman Silverman got serious about politics – becoming an outspoken supporter of Sen. Bernie Sanders.

Though she stumped for Sanders on the campaign trail, Silverman switched allegiances to Sec. Hillary Clinton, when the former first lady won the party’s nomination.

She even elicited boos at the Democratic National Convention, when she told the ‘Bernie or Busters’ that they were ‘being ridiculous’. 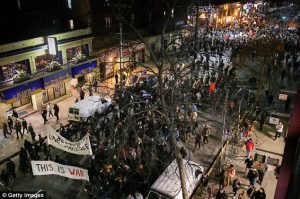 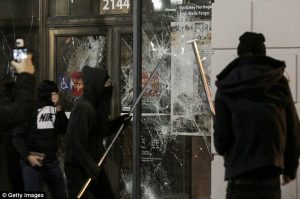