Not so sweet: Sugar is a potent toxin that sets the stage for diabetes and obesity 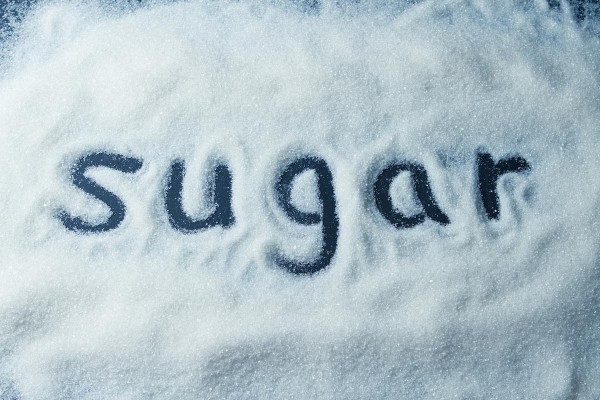 Big Sugar foe Gary Taubes has published a new book that purports to link the obesity and diabetes epidemics to the consumption of sugar.

That is, public health authorities who claim that obesity sets in when there is an energy imbalance between consuming more calories than those being burned off are missing the target.

More than one-third of U.S. adults are considered obese according to the Centers for Disease Control and Prevention, while about nine percent of the population suffer from diabetes. Across the globe, 422 million people are now believed to be living with diabetes compared to just 108 million in 1980.

As Natural News has previously noted, sugar has also been identified as a risk factor for heart disease and dementia. Natural News has also recently reported on a study suggesting that a diet high in refined sugar and saturated fats contributes to a vicious cycle of overeating through changes in brain chemistry in the hippocampus.

Most experts apparently agree that added sugars are what is most harmful to us – not necessarily those that are naturally occurring in fruits and vegetables. Added sugars are often found in prepacked food stuffs, desserts, sugar-sweetened beverages, candy, cereals, and baked goods.

Viewing sugar merely as a form of empty calories that can be consumed in moderation is an obsolete notion, The Case Against Sugar, Taubes’ book, contends. Among other things, the author points out that sugar and refined grains omnipresent in the Western diet are prime suspects when it comes to those who wind up with obesity and/or diabetes; these suspects are hiding in plain sight, so to speak, that as alluded to above, many so-called nutrition experts have nonetheless overlooked or disregarded.

“By focusing on the problems of eating too much and exercising too little, public health authorities have simply failed to target the correct causes,” Taubes explains about what a World Health Organization official described as a slow-motion disaster caused by the twin epidemics.

A review of Taube’s book in The Atlantic further summarizes the author’s theory in plain language, explaining that insulin maintains the stability of bodily blood sugar levels and fat accumulation for those in good health, but that too much carbohydrate intake, and sugar most notably, throws the homeostatic system off kilter, and makes it far more difficult for insulin to carry out its proper regulatory function.

“The case against sugar holds that this condition…can make us fat, and also diabetic, and prone to heart disease, cancer, gout…Yet for more than 40 years, Taubes says, scientists have preferred to conjure up a broad array of factors: not only saturated fat, cholesterol, and salt, but also portion sizes, processed food, sleeping habits, lack of exercise, environmental toxins, viruses, prescription drugs, and even alterations to our microbiome.”

Forget calorie counting because all calories aren’t created equal or exert the same response in the body after they are consumed, and ignore the conventional low-fat drum beat for that matter, Men’s Journal suggests in its article about Gary Taubes and his crusade against sugar.

“‘A calorie of sugar and one of meat or broccoli all have vastly different effects on the hormones and enzymes that control or regulate the storage of fat in fat cells,’ he says. But unlike pork or veggies, sugar has a uniquely negative effect: It causes the liver to accumulate fat and, at the same time, prompts the body to pump out insulin. Over time, Taubes insists, these elevated insulin levels lead to weight gain, obesity, and Type 2 diabetes and other chronic diseases….we don’t blimp out or get sick because we eat too much and fail to exercise. It happens because we eat sugar.”