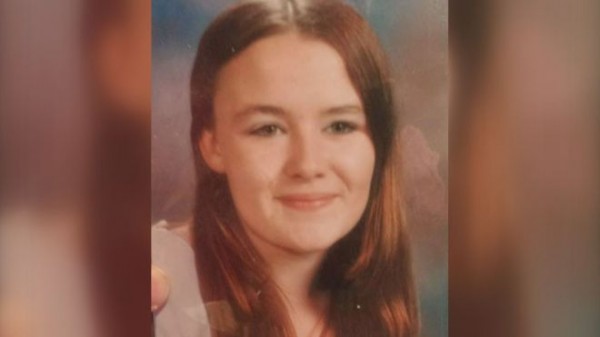 In mid-August of 2006, Candace Hiltz’s parents immediately called the Fremont County Sheriff’s Office (FCSO) after finding their daughter murdered inside their home. Investigators promptly arrived at the scene, but the family wasn’t exactly thrilled with the investigation. Pieces of evidence were left behind by investigators, and the police identified Candace’s brother James as the prime suspect. James was mentally ill and lived alone in the woods, but would stop by the family’s residence regularly for food.

The family then gathered several key pieces of evidence that had been overlooked by investigators. They found an empty shotgun shell in Candace’s daughter’s crib, as well as a bloody blanket. The family also uncovered a rope and an ax which had been used to kill their dog days before. FCSO was called, and the evidence collected from the family. That was the last time Candace’s mother, Delores Hiltz, saw the evidence – evidence which she believed indicated that more than one person had been involved in her daughter’s murder.

The missing evidence resurfaced recently when Lieutenant Robert Dodd failed to pay for his storage unit. The unit was auctioned off and purchased by Rick Ratzlaff. When Ratzlaff was searching through the contents of the storage locker, he came across many of Dodd’s old uniforms. Upon digging deeper, Ratzlaff uncovered evidence from Candace Hiltz’s unsolved murder case, and contacted the FCSO to alert them to his find.

Ratzlaff said the locker contained several manila envelopes marked “evidence.” There was a designated space on the envelopes for a case number, but no case number was listed. Ratzlaff described the contents of those envelopes as a bloody rope, two blood soaked female socks, a bloody chrome ax, a bullet casing and a bloody blanket.

Ratzlaff received a Facebook message from a member of Dodd’s family, asking if they could buy back the contents of the locker because it contained childhood memories. Ratzlaff didn’t check his Facebook regularly, so the Dodds were out of luck with that attempt. (RELATED: Find more Facebook news at Facebook.fetch.news)

Sheriff Beicker was asked by Ratzlaff to check out the contents in his possession, but instead he asked Ratzlaff if he could have the contents. When Ratzlaff was hesitant with his response, Sheriff Beicker told him that his life could be in danger. Worried by the threat, Ratzlaff agreed to meet the sheriff to discuss the possibilities of a handover.

Sheriff Biecker descended on the unit with FSCO Commander Jeff Worley. The entire conversation was recorded by Ratzlaff’s wife, Arin Reed. Sheriff Beicker appeared amazed that Dodd had so much evidence in the unit, and told Ratzlaff that he would contact the CBI. Ratzlaff was then asked to help the officials exit the gate of the storage facility. All of the evidence was removed during the short period of time that Ratzlaff was opening the gate.

Beicker admitted to the grab, but said that Worley had looked through the evidence and contacted the CBI. According to Beicker, with the CBI’s consultation, he and Worley cataloged, photographed, collected and secured the evidence at the Freemont County evidence storage. The CBI later sent two agents to meet with Beicker, and took control of the evidence.

The Colorado State Bureau of Investigations launched their own investigation into Dodd’s use of the storage locker, along with his reasons for hiding the evidence.

Delores Hiltz believes that the sheriff’s deputies may be responsible for her daughter’s death. The poor investigation alone set off a red flag in her mind. It was apparent that police were not performing their duties properly in investigating the case. Now, after a decade, it seems this case might finally get solved. (RELATED: Find more violent crime news at ViolentCrime.news)

Candace was a child prodigy. She conquered calculus by age 11, and was enrolled at Brigham Young University. By age 17, Candace was in her third year of college. She dreamed of becoming a lawyer and Supreme Court Justice. Candace was also hoping to be accepted into Stanford Law School.