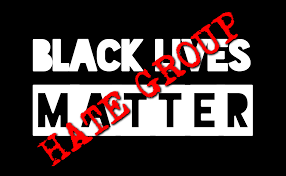 A Black Lives Matter movement associated activist recently made headlines for the wrong reasons during a Seattle anti-Trump protest after taking to a megaphone with some highly inappropriate remarks. The protester, who self identified as a pre-school teacher, was wearing a Black Lives Matter jacket at the time of the rant. It’s unclear whether the speaker was female, male with a high-pitched voice, or a transgendered individual. (RELATED: Find more Donald Trump news at Trump.news)

During the controversial rant, the speaker used the “F” word preceding white supremacy, the US empire, and your imperialist flag, insisting that it all has to go. The speaker then moved on to trash capitalism, insisting that white people need to surrender their “F’n” money, houses, and property because they “need it all” to pay reparations to black and indigenous people. “We’re all operating under white supremacy, just so you know,” said the speaker while linking capitalism to racism.

None of the aforementioned statements were totally unexpected coming from a Black Lives Matter activist until the speaker “pulled a Madonna” and said the White House must die. Her message went on to express that they need to start killing people. The call for murder included Donald Trump along with the entire White House staff. (RELATED: Find more White House news at Whitehouse.news)

The speaker continued her curse-laden speech moving on to things we “need to dismantle” including patriarchy, anti-blackness, anti-queerness, and anti-transphobic. The speaker also showed a hatred for private prisons and Whole Foods, linking the grocery chain to supporting private prison labor.

The tirade lasted four minutes, but ironically started immediately after the previous speaker announced “We will not support any discrimination,” and passed on the megaphone. That speech was as discriminatory as it gets. If the speaker winds up being formally identified, it’s doubtful the individual will teach another day of preschool.

Crazy racist outbursts like this are normalized by the left when it fits their views, goals, or agenda. Famous actresses and singers recently made headline worthy offensive statements at the women’s march against Trump. Media members, athletes, CEOs, politicians, and other big recognizable names are taking to Twitter to express their views and displeasure with the way things are, often ensuing outrage, fallout, and career loss from their ill-thought statements.