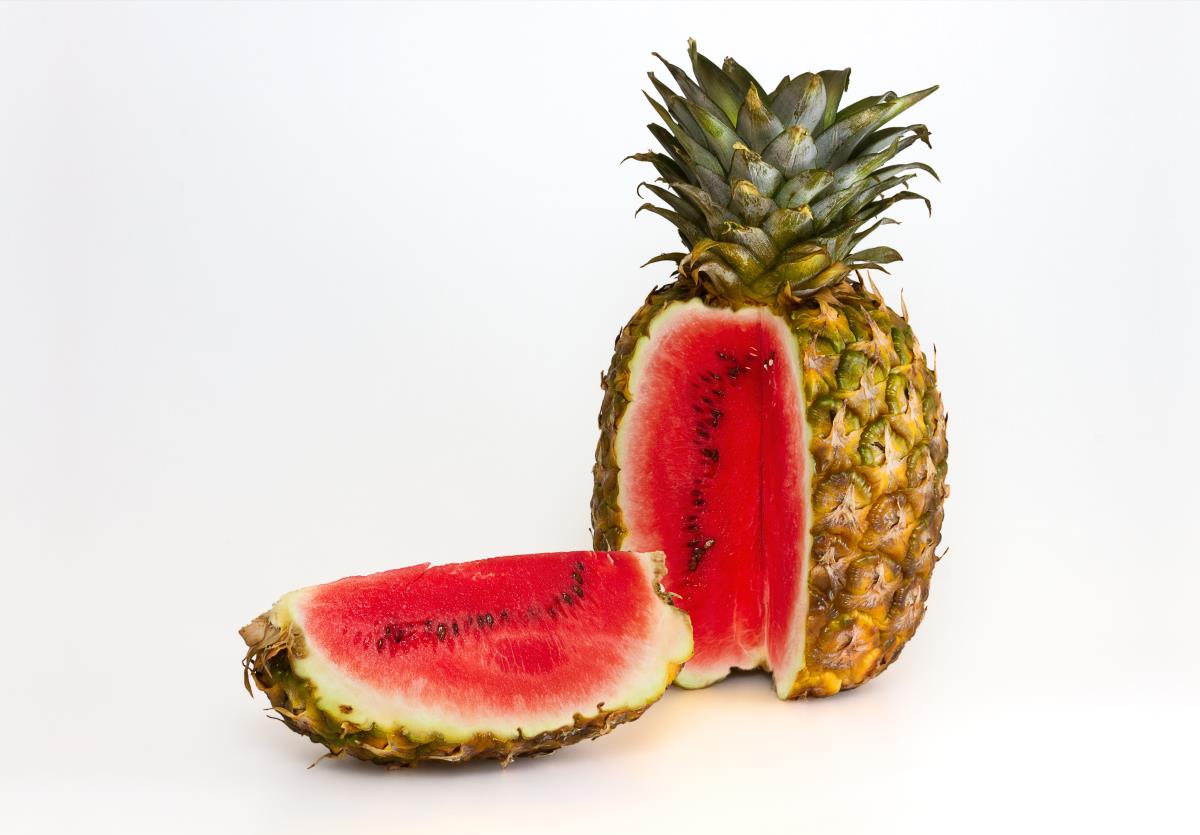 Food genetics continue to be manipulated for vanity and profit. The newest experiment is on pineapple enzymes and pigment expression. The US Food and Drug Administration recently gave the green light to a new strain of pineapple that has been genetically engineered to have pink flesh instead of yellow fruit.

The “extra sweet pink flesh pineapples” are set to be launched by Del Monte Fresh Produce and will be grown en masse in Costa Rica. The fruit has been genetically engineered to produce fewer enzymes that are naturally responsible for converting lycopene to beta carotene. The new strain won’t produce the yellow pigment and therefore antioxidant levels of beta carotene will be lower. The suppression of enzymes will leave the flesh of the fruit pink, as the genes retain the pink pigment lycopene instead of beta carotene.

The FDA is all in for the pink pineapples. The agency said, “Humans have been modifying crops for thousands of years through selective breeding.” Even so, there is a big difference between these new GE pink pineapples and the selective breeding practices used by farmers to adapt crop traits to a region’s climate. The genes of these pink pineapples are being engineered for vanity and profit reasons. Their genes are being selectively engineered to express designer traits such as color and taste. When food genetics are manipulated for appearances and are sold on such a mass scale, a dangerous precedent has been set.

Skeptics need not worry, though. The FDA also confirmed that Del Monte “submitted information to the agency to demonstrate that the pink flesh pineapple is as safe and nutritious as its conventional counterparts.” Even so, there are still questions whether suppressed enzymes that naturally express beta carotene will have an effect on how the nutrients of the pineapple are assimilated in the human body. How does the body respond to sudden, drastic changes in the enzyme and pigment content of a fruit?

According to the FDA, changing the color of fruit is “crop improvement,” even though it’s really just a new way to appeal to consumer interest and curiosity. The question that will remain unanswered: does the switch off in pigments effect how the pineapples nutrients are utilized in the body?

The FDA hardly contests genetic engineering, believing it to be a scientific improvement to nature almost every time. Just last year the agency approved the first genetically modified animal for US consumption. GM salmon was approved because it was found to grow faster than usual.

The FDA explains their position, “We use the term ‘genetic engineering’ to refer to genetic modification practices that utilize modern biotechnology. In this process, scientists make targeted changes to a plant’s genetic makeup to give the plant a new desirable trait. For example, two new apple varieties have been genetically engineered to resist browning associated with cuts and bruises by reducing levels of enzymes that can cause browning.”

Again, the FDA approves GE apples because the genetic changes make the apples cosmetically superior; they don’t brown or bruise. However, the genetic change lowers important enzymes in the fruit, which could make the apple harder to digest. Manipulating genes to improve appearances and boost profit could have consequences, especially when the natural nutritional design of that food is changed so abruptly. How do individual bodies respond to the changes? There’s no way to really know, but food sensitivities and allergies are a growing problem in the Western world.