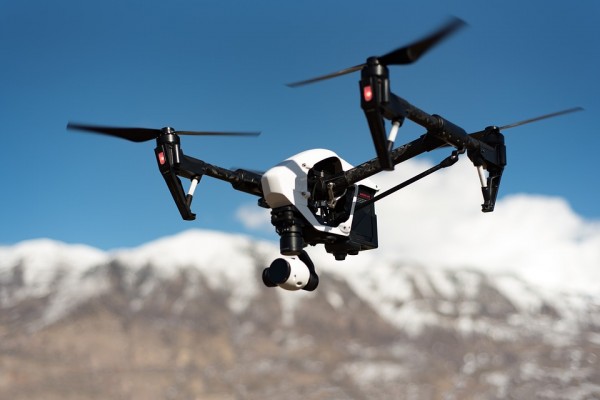 Bills have been introduced in the New York legislature that would limit the warrant-less use of surveillance drones. This legislation would help thwart the federal surveillance state, and establish much needed privacy protections at the state level. The bill was introduced by a bipartisan coalition of six representatives on Jan 9, and the companion bill was introduced on Jan 6.

Under the new legislation, drone surveillance would require a warrant for most applications. The bills do, however, offer some exceptions to warrant requirements. Permissible exceptions include patrolling the nation’s borders to enforce immigration law, or as a counter measures to a high risk terror situation. Any evidence that is gathered illegally from drones would be inadmissible in a court of law.

The proposed law would only apply to the state, but throws a wrench in the works of some federal programs. Much of the funding for state and local drones comes from the federal government, and is in violation of the constitution. Therefore, federal agencies use fusion centers and an information sharing federal program to tap into information collected by state and local law enforcement agencies.

The ISE serves as a channel for sharing information obtained without a warrant. According to their website, they provide necessary information for national security enhancements to analysts, operators and investigators, all of whom need to collaborate and share information among themselves, the private sector and with foreign allies.

The government funds and encourages a drone network at state and local levels in the U.S. It therefore has access to a huge data pool on Americans without having had to expend its resources to collect that information. When restrictions on drone use are placed at the state and local levels, it restricts the amount of data available for the feds to access. This represents a victory for privacy, and a setback to the surveillance state. Before the legislation can move forward through the process, however, it will still have to pass through the respective committees for a majority vote.

Proposed legislation in New Hampshire would end any state cooperation with the feds in spying without a warrant. Passing it will help hinder unconstitutional federal surveillance. The state and its political subdivisions would be prohibited from collecting data to assist a federal agency unless there was a warrant issued. The information sharing environment program currently facilitates the feds in tracking the movements and data of Americans, including phone calls, emails, web browser history and text messages – all without warrants, probable cause or the knowledge of affected citizens. If the bill passes in New Hampshire, the feds will lose state and local assistance. (RELATED: Find more NSA news at NSA.Fetch.news)

The NSA passes information to police through the DEA’s Special Operations Divisions. The cases rarely involve national security issues, and focus more on non-terror related criminal investigations. The NSA collects and stores data, which is used to build profiles. The agency has encouraged state and local law enforcement agencies to violate citizens’ Fourth Amendment rights, and uses the ill-obtained information on a daily basis to conduct its investigations.

This is one of the biggest threats to our constitutional republic.