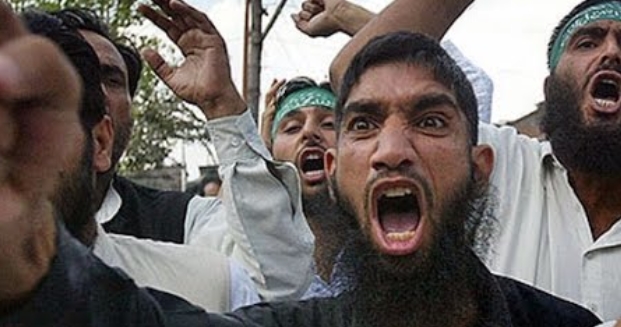 Approximately thirteen percent of the world’s Muslims, or 199.4 million out of up to 1.6 billion, live in those seven countries, according to a 2015 Pew Research Report, “The Future of World Religions: Population Growth Projections, 2010-2050.”

So Trump’s reform policy only impacts one of every eight Muslims worldwide.

The 90-day temporary block on new visas does not apply to citizens of the six countries with the largest Muslim populations, as determined by Pew Research— Indonesia (209 million), India (176 million), Pakistan (167 million), Bangladesh (134 million), Nigeria (77 million), and Egypt (76 million).

It does apply citizens of Iran, the country with the seventh largest Muslim population (74 million).

But it does not apply to citizens of the other top ten Muslim population countries: Turkey (71 million), Algeria (35 million), and Morocco (32 million).

None of the seven countries on which a temporary visa ban has been placed were listed by name in Friday’s, executive order, “Protecting the Nation from Foreign Terrorist Entry Into The United States.”

Instead, the order referenced previous laws and findings that designated three of these countries “state sponsors of terrorism” (Iran, Sudan, and Syria) and four of them (Iraq, Libya, Somalia, and Yemen) as “countries of concern” who are ineligible to participate in the Visa Waiver Program, according to the Visa Waiver Program Improvement and Terrorist Improvement Act of 2015.

The 2015 bill was made law once it was signed by President Barack Obama.

Six of the seven countries to which the temporary visa issuance block applies were designated as “state sponsors of terrorism” or “countries of concern” by previous Democrat administrations. Only one — Iran in 1984 — was designated by a Republican administration.

Syria was first designated as a state sponsor of terrorism during the Jimmy Carter administration on December 29, 1979.

Iran was designated as a state sponsor of terrorism during the Ronald Reagan administration on January 19, 1984.

Sudan was designated as a state sponsor of terrorism during the Bill Clinton administration on August 12, 1993.

On Feb. 18, 2016, the Obama administration’s Department of Homeland Security added Libya, Somalia, and Yemen to that list:

The Department of Homeland Security today announced that it is continuing its implementation of the Visa Waiver Program Improvement and Terrorist Travel Prevention Act of 2015 with the addition of Libya, Somalia, and Yemen as three countries of concern, limiting Visa Waiver Program travel for certain individuals who have traveled to these countries.

Pursuant to the Act, the Secretary of Homeland Security had sixty days to determine whether additional countries or areas of concern should be subject to the travel or dual nationality restrictions under the Act. After careful consideration, and in consultation with the Director of National Intelligence and the Secretary of State, the Secretary of Homeland Security has determined that Libya, Somalia, and Yemen be included as countries of concern, specifically for individuals who have traveled to these countries since March 1, 2011. At this time, the restriction on Visa Waiver Program travel will not apply to dual nationals of these three countries. DHS continues to consult with the Department of State and the Office of the Director of National Intelligence to develop further criteria to determine whether other countries would be added to this list.

The executive order also temporarily banned refugees from all countries for 120 days.

See more coverage of total news hoaxes from the left-wing media at HOAX.news.