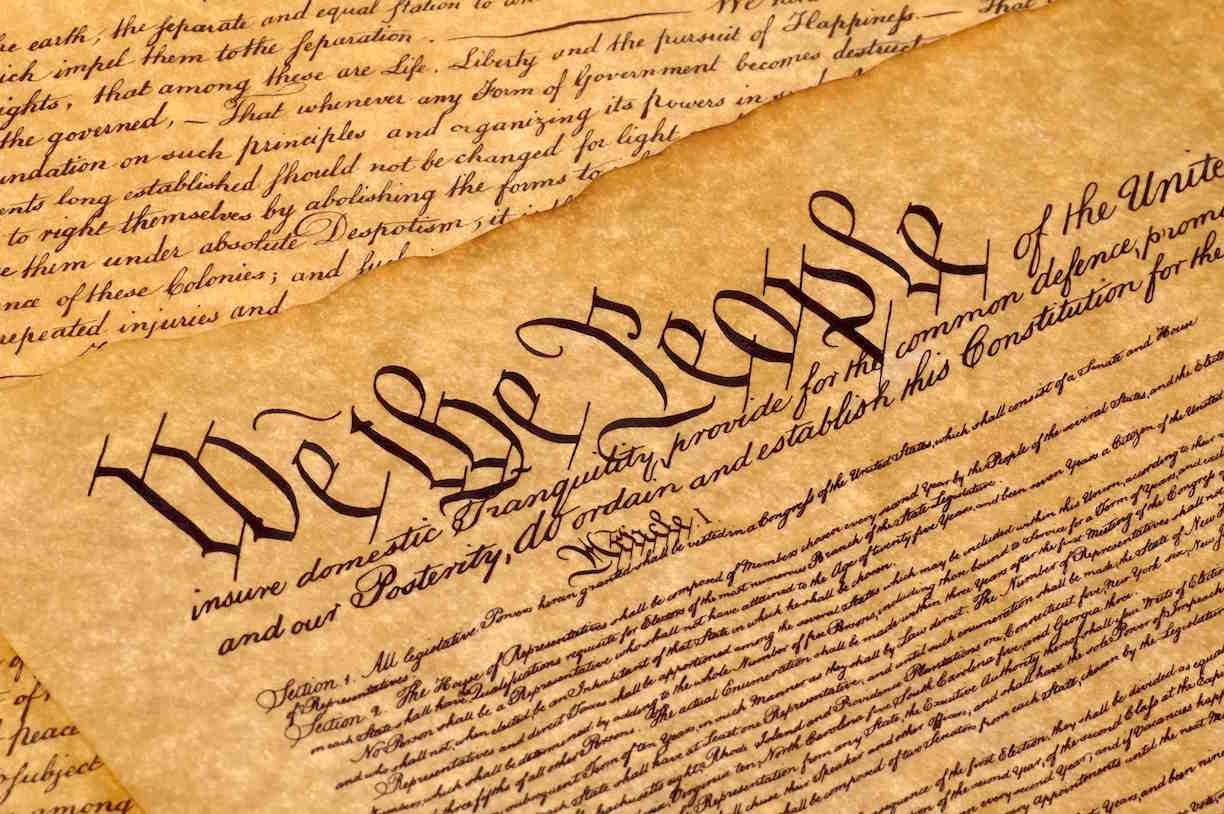 In one of the more absurd acts of fascist behavior imaginable, students at Kellogg Community College in Battle Creek, Michigan were actually arrested for handing out copies of the United States Constitution without first asking the administrators for permission to do so. Unsurprisingly, the students were members of the Young Americans for Liberty chapter of their college, which has a history of standing up for individual liberty and free speech. (RELATED: For more information regarding freedom being attacked, visit Liberty.news)

Unfortunately, the powers that be at the school don’t think nearly as highly about the United States Constitution as the Young Americans for Liberty and did everything in their power to have the students arrested for promoting free speech without first asking for their permission — which violates a solicitation policy in effect at Kellogg Community College.

Jack Burns of The Free Thought Project reports, “Additionally, the distribution of materials, according to the college, must be approved first by the department known as Student Life. In other words, the exercise of students’ first amendment rights according to the U.S. Constitution is regulated by the public school’s Student Life department. And the school defines free speech as ‘solicitation,’ another activity which must be pre-approved.” Demanding that free speech be approved destroys the very concept upon which free speech is based. It should not be unrestricted in any way, regardless of how unpopular or controversial the subject matter may be.

It’s hard to imagine anyone being so violently opposed to free speech that they try to get people thrown in jail for promoting it, but that’s the world we live in today. The Regressive Left hates the idea of liberty so much that they are willing to trample all over the Constitution, human rights, and the very idea of freedom in order to achieve their goals.

If the fact that these innocent students were thrown in jail for exercising a constitutional right is frustrating in and of itself, we should also remember that this is not exactly an isolated incident. Similar events frequently seem to take place on college campuses across the United States, where students are being punished for trying to spread the truth. Of course, the students being punished are almost exclusively conservatives and libertarians, while liberals are free to protest and riot all they want without any repercussions.

Free speech should be a universal right in the United States and it should apply to everyone everywhere. The very idea of “free speech zones” is unconstitutional and anyone who asks for permission in order to engage in free speech must not understand how liberty works. 2017 needs to be the year that we put our foot down and demand that this nonsense come to an end before more innocent people are imprisoned.